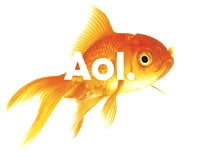 Ever since the lead-up to its spin-off from Time Warner last December, AOL chief Tim Armstrong has been telling anyone who’ll listen that the company’s new game plan is to create content — original, compelling and scalable enough for advertisers to buy in.

On Sunday, AOL continued that charge, hiring a pair veterans in media for key content roles: Marty Steinberg, former supervising editor of the Associated Press, was named the executive news editor at AOL News; Gene Marcial, former columnist at BusinessWeek, has been hired as a columnist for AOL’s DailyFinance.

Despite massive layoffs, the company has been making strategic content hires for a while now.

In December, AOL — which laid off 2,500 ahead of its spin-off from Time Warner — snagged Saul Hansell, a laid-off New York Times reporter and founder of the paper’s Bits blog, to be the programming director of Seed.com.

The day before, while telling investors the company had swung to a small profit during the first quarter – its first as an independent company – Armstrong said AOL’s focus now is to "create high-quality sites that are actually attractive" to advertisers.

"We did everything possible to send signals to you guys that we’re serious about this business," he said.