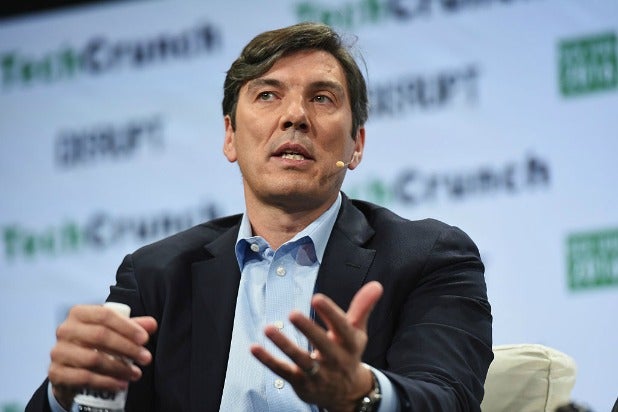 AOL CEO Tim Armstrong has been named the least likable CEO in Media and Entertainment, according to a study published by Owler.

Owler — a crowdsourced business insights company that runs a National Likeability Study — conducted the study by polling its global database of 15 million companies and over 167,000 executives across a wide range of industries, such as artificial intelligence, food and beverage, finance and healthcare.

Also Read: Disney CEO on 'Pirates' Ransom Scheme: 'We Were Not Hacked'

With an average score of 68.8, Media & Entertainment industry CEOs ranked #20 in Owler’s Top 25 Industries list, suggesting that CEOs leading at media and entertainment companies, in terms of favorability, are in the middle of the pack relative to CEOs in other industries.

Voters probably haven’t forgotten when Armstrong came under fire back in February 2014 by outraged employees after he singled out the sick babies of two women at the company for increasing the cost of health benefits.

Armstrong, who has been the CEO of AOL Inc since 2009, explained that the infants forced AOL to dole out millions in medical expenses on a company-wide conference call. Armstrong’s controversial comments followed his explanation on CNBC as to why he was making changes to the company’s 401(k) program.

According to a report by Re/code’s Kara Swisher, Armstrong’s baby bashing did not go over well with many AOL employees:

“His comments during the earnings call, specifically blaming the policy change in part on the costs associated with the birth of two ‘distressed’ babies by AOL employees, were completely outrageous. Almost unbelievable.”