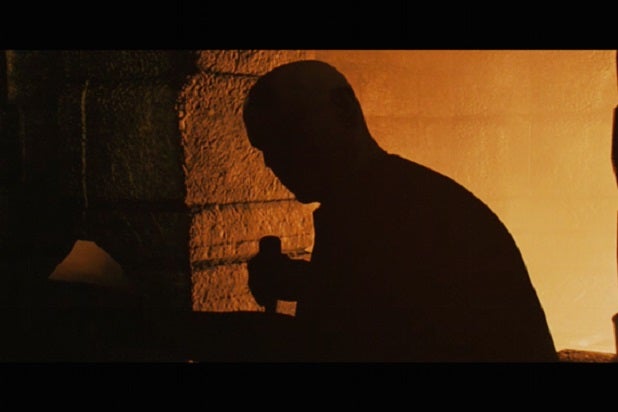 The game, set for release in 2020, is starting with a Kickstarter campaign that’s asking gamers to pledge some $900,000. The announcement describes the “Apocalypse Now” adaptation as a “psychological horror RPG,” or “role-playing game,” that “accurately captures the tone, themes, and characters of the original motion picture.”

It’s an intriguing choice for a game — and one that almost seems at odds with the medium. Most games put players in the roles of soldiers for the thrill of taking down bad guys ranging from Nazis to zombies (and even Nazi zombies). Francis Ford Coppola’s film, on the other hand, focuses on the horror and absurdity of war. Executive producer Lawrence Liberty, who previously worked on successful games such as “Fallout: New Vegas” and “The Witcher 3,” expects that to be a challenge.

“Honestly, that’s gonna require effort from every aspect of the team and every part of the game,” Liberty said in an interview with TheWrap. “It all comes down to the respect for the brand and the time.”

The Kickstarter campaign marks the beginning of development in earnest on the game. It’s not the start of the “Apocalypse Now” adaptation’s story. Liberty said American Zoetrope has been interested in the possibilities of video games for several years, dating as far back as 2008 or 2009. Liberty and partner Montgomery Markland, the game‘s director, have worked with Zoetrope since 2010, when they created their first prototype for the game with their studio, Killspace Entertainment. The three leads on game — Liberty, Markland and writer Rob Auten — have worked on other projects in the meantime. They continued to develop the idea for “Apocalypse Now” over the last seven years.

Liberty said “Apocalypse Now” will be, in many ways “an anti-war game” in keeping with the film. It’ll adapt the film’s story, which follows Capt. Benjamin Willard (Martin Sheen) on his mission to assassinate a rogue Army officer, Col. Kurtz (Marlon Brando). Willard and his team head up the fictional Nung River in Vietnam aboard a patrol boat called the Erebus, in order to take down the seemingly mad Kurtz. Along the way, they encounter other characters who might be just as mad. For instance, there’s helicopter commander Lt. Col. Kilgore, a fan of surfing who also enjoys dropping napalm on the Viet Cong.

How the game will actually play will resemble other “shooter”-style games in which players see through the eyes of their characters. The “psychological horror” aspect will come from the player’s fragility. Liberty said “Apocalypse Now” won’t be the kind of game where players are a one-man army. Sneaking past Viet Cong patrols may be part of the experience, for example. But seeing as the Vietnam War is raging during the movie, players will also have at least the option to fire guns and kill Viet Cong soldiers.

Liberty described plans for the game that will recreate an interactive version of the story, with players taking on the role of Willard. They’ll encounter the characters in the movie, as well as additional ones. Working with American Zoetrope, the game‘s developers plan to expand on the “Apocalypse Now” world. New characters and factions players interact with will be part of that expansion.

Part of the reason for adding new characters and expanding the world is to flesh out the lengthy journey up the Nung.

“Their journey, if you actually look at a map and try to map it as close as possible, covers a really big stretch of river and jungle. It’s a rather large area,” Liberty explained. “We’re going to have to kind of fill in and add some faction variance and again, get clearance — this is where the Coppolas will care, and want to weigh in. …We’re going to have to fill, and have historically authentic factions that help us fill out the world.”

Fighting enemy soldiers will be a part of the experience, but role-playing games also focus on character interaction through dialogue and actions. Liberty said interacting with characters will result in “side-quests,” short missions that players can work through apart from the main story, as well as fleshing out the overall plot of the game.

Much of “Apocalypse Now” is about the actions and choices of soldiers in war, and in the game, player actions will alter how the story plays out as well.

“What you do should resonate and matter to those around you,” Liberty said. “So the crew of the Erebis, the patrol boat — they shouldn’t just sit idly by if you do go full aggro and just wantonly kill. So that’s the sort of reactivity that I would like. Those non-player characters should be believable, intelligent, and hopefully have nice voice acting, but do it in the context of the game world.”

The team isn’t sure whether it could get members of the original cast to reprise their roles. Cost is a factor, as is how much the voices of actors such have Sheen have changed over the years, but it’s something Liberty said they’re thinking about. Overall, authenticity to the film is a major push in the game‘s creation as well, Liberty said. The team’s collaboration with American Zoetrope means developers have access to the Coppola film archives and all the “Apocalypse Now” information found there.

Collaborating with American Zoetrope will focus on getting the feel and flavor of the game to match the film. Liberty said the Kickstarter campaign will widen that collaboration by drawing in feedback from Kickstarter backers.

“I think that the three primary guys — Rob, Monty, and myself — we’ve unified our vision over the course of seven years, and we have a great deal of buy-in from the Coppolas,” Liberty said. “And my plan with dealing with the community is laying out options that we all like. There’s a great deal of value if we’re at an inflection point and we’re kind of divided, that’s where I’d actually want to rely on some crowd help.”

There’s also a question of whether the nearly four-decade old “Apocalypse Now” will register with gamers enough to garner the support the game needs on Kickstarter.

For Liberty, it’s impossible to know. He mentioned a crowd-funded video game project, “Star Citizen,” that has pulled in well over $100 million since it began funding in 2012. That game also had somewhat obscure beginnings — it’s creator, Chris Roberts, is known for designing the 1990s computer game series “Wing Commander.”

“We honestly won’t know [if “Apocalypse Now” will resonate] until we do it,” Liberty said. “We do know that it does have a fairly loyal following. Even though it’s older, it has a social media presence. It has over a million likes on its Facebook page, and it’s sort of permeated. A lot of young people may not have ever watched the movie, that’s very possible, but I think they’re aware of its impact on our cinematic and popular culture. ‘I love the smell of napalm in the morning.’ ‘Execute with extreme prejudice.’ There are certain things that people will recognize, and that’s our big gamble.”

That gamble begins today, with the launch of the “Apocalypse Now” Kickstarter campaign. If it’s successful, it’ll be the culmination of seven years of effort. But with three years of development projected for the game, the hard work is still ahead.