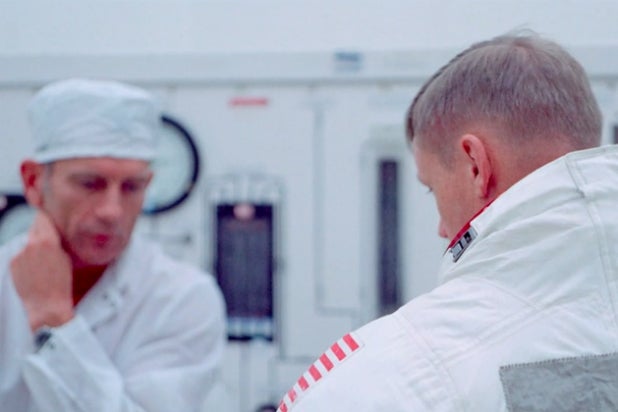 “Apollo 11” has been named the best nonfiction film of 2019 at the fourth annual Critics’ Choice Documentary Awards, which took place on Sunday evening at BRIC in Brooklyn, New York.

The chronicle of NASA’s 1969 moon mission won five awards in total, topping all other films at the ceremony voted on by film and television critics and journalists in the Critics’ Choice Association.

“Apollo 11” won in the Best Documentary Feature category that also included “American Factory,” “The Biggest Little Farm,” “The Cave,” “Honeyland,” “The Kingmaker,” “Knock Down the House,” “Maiden,” “One Child Nation,” “They Shall Not Grow Old” and the two-part HBO documentary series “Leaving Neverland.” (The Critics’ Choice rules do not differentiate between film and television docs.)

The Best Director category ended in a tie between Steven Bognar and Julia Reichert for “American Factory” and Peter Jackson for “They Shall Not Grow Old.”

Tamara Kotevska and Ljubomir Stefanov’s film “Honeyland,” which is also competing in the Oscars international race as the entry from North Macedonia, won the award for Best First Documentary Feature.

“They Shall Not Grow Old,” Jackson’s reconstruction of World War I footage, was named the year’s most innovative documentary.

“The Biggest Little Farm” won for its cinematography, “Apollo 11” for its editing and score and “Western Stars” for its narration, which was written and performed by Bruce Springsteen.

“The Biggest Little Farm” went into the show with the most nominations, seven, while “Apollo 11” and “They Shall Not Grow Old” received six.

Veteran director Frederick Wiseman received the D.A. Pennebaker Award, a lifetime-achievement honor renamed this year in honor of the late documentary pioneer. Michael Apted received the Landmark Award for his work on the “Up” series of documentaries, which began examining the lives of a group of British children with “7 Up” in 1964, when they were seven years old, and has included a new film every seven years to this year’s “63 Up.”

The show was hosted by Jonathan Scott of HGTV’s “Property Brothers.”