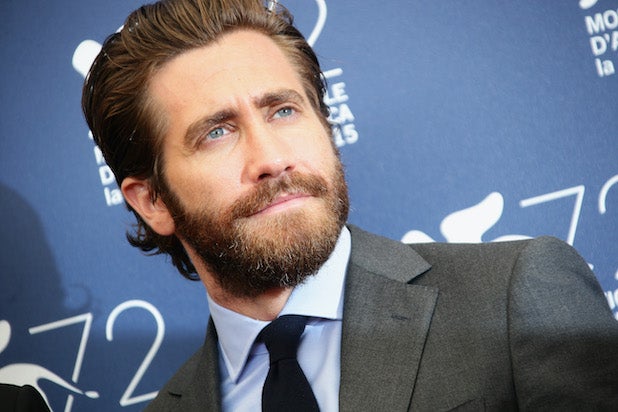 Apple Studios has acquired the rights to adapt the thriller “Snow Blind,” a thriller based on a graphic novel of the same name that will star Jake Gyllenhaal, an individual with knowledge of the project told TheWrap.

Gustav Möller (“The Guilty”) will direct the film based on the story by Ollie Masters and published by BOOM! Studios in 2017. Patrick Ness (“A Monster Calls,” “Chaos Walking”) is writing the screenplay.

“Snow Blind” tells the story of a high school student in Alaska whose life is turned upside down when he posts a photo of his dad online. He soon thereafter learns that he and his family are in the Witness Protection Program and are now being hunted by not only the FBI but also a man out for revenge who invades their small town.

Gyllenhaal is producing along with his partner at Nine Stories, Riva Marker. BOOM! Studios’ Ross Richie, Stephen Christy and Adam Yoelin are also producing. Noah Stahl is executive producing, and Mette Norkjaer is co-producing. The project was acquired by Apple’s head of worldwide video Zack Van Amburg and Jamie Erlicht.

Gyllenhaal was last seen in “Spider-Man: Far From Home” and is a producer on the indie horror film “Relic” that was just released. He’s also producing “The Devil All the Time” and “Breaking News in Yuba County,” which are both in post-production.

Apple has been busy of late, having just released the Tom Hanks World War II movie “Greyhound” after picking it up from Sony. Apple also recently acquired the Will Smith-led “Emancipation” from director Antoine Fuqua, and Martin Scorsese’s “Killers of the Flower Moon” starring Leonardo DiCaprio and Robert De Niro.