Apple on Monday announced it is raising prices on its Apple TV+ and Apple Music subscription services, as well as its Apple One bundle. It’s the tech company’s first price increase in years and the first since Apple TV+’s 2019 launch.

Apple TV+ goes from $5 month to $7 per month, while Apple Music is going up $1 per individual account (which will now be $11 per month) and $2 for families. 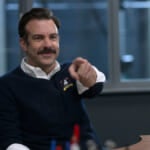 An Apple spokeswoman noted that Apple TV+ is now home to award-winning series including, “The Morning Show,” “Ted Lasso,” and “Severance,” and Best Picture winner “CODA” after beginning with “just a few shows and movies.”

She chalked up the price in the music subscription to increased licensing costs and fees paid to artists and songwriters. 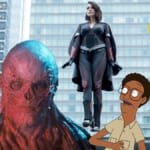 Also Read:
Most Viewers Watch Only One Program on the Major Streamers – and Chances Are It’s These 6
x