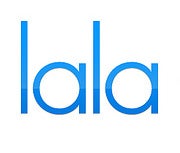 Apple is shutting down Lala, the online music service it bought for a reported $80 million in December 2009.

Some have speculated that Apple plans to upgrade iTunes or roll out its own subscription-based service.

Lala launched in 2006 with 8 million licensed songs available for registered users, according to Billboard.

Meanwhile, Apple appears to have big plans for music beyond song downloads.

According to a patent apparently filed by the Cupertino, California company, Apple is developing an iPhone application called “Concert Ticket +” that would sell electronic concert and theater tickets via iTunes.

The paperless tickets would be displayed with a unique code on the iPhone for entry into a concert. According to the example shown on the patent diagrams, the e-tickets could be bundled with other benefits, such as pre-paid parking, free drinks, concert t-shirts or a download of the show.

Up Next for Apple: Concert Tickets?