“Peanuts” is back for a new Earth Day special on Apple TV+, titled “It’s the Small Things, Charlie Brown.” The program follows Sally’s bond with a special little flower on the baseball field that may spell disaster for the big game. For Charlie Brown and the team, it’s just the inspiration they need to make a positive impact on their environment.

On Thursday, the streamer released a trailer for the special, which also features an original song from Ben Folds. The sneak peek, which you can watch above, begins with the Peanuts’ baseball game getting interrupted by Sally, who is smack dab in the middle of the field talking to her favorite flower. 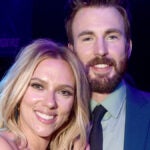 “Well, hello little flower. Do you ever feel like you just don’t fit in?” she ponders. “Small guys like us, we oughta stick together.”

While at first the group is frustrated by Sally’s refusal to move from the field, they eventually begin forming their own bonds with the dandelion.

“It’s the Small Things, Charlie Brown” will debut on Apple TV+ on April 15. 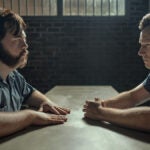 Another Earth-focused “Peanuts” special will also hit the streamer in April. “It’s Arbor Day, Charlie Brown” will feature the gang as they turn the field into a lush garden, throwing Peppermint Patty off her game. That special will debut April 29.