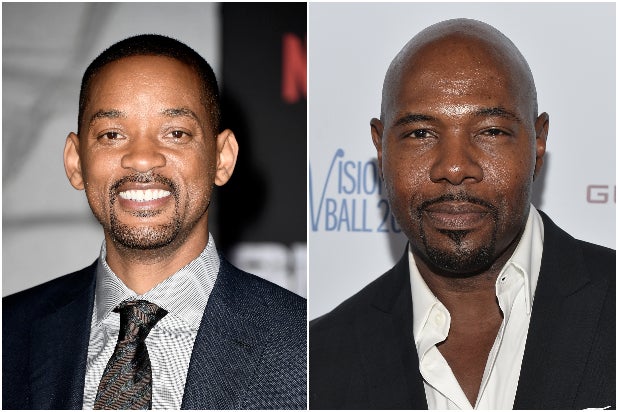 Apple has won in an auction the worldwide distribution rights to “Emancipation,” a thriller based on the true story of a runaway slave that Apple will produce and that will be directed by Antoine Fuqua and star Will Smith, an individual with knowledge of the deal told TheWrap.

The deal for the film was made out of the Cannes Virtual Market and will premiere in theaters and on Apple TV+.

Willam N. Collage wrote the original script that’s based on true events and is the story of Peter, a runaway slave forced to outwit cold-blooded hunters and the unforgiving swamps of Louisiana on a tortuous journey North. Once there, he joined the Union Army. When Peter showed his bare back during an Army medical examination, photos were taken of the scars from a whipping delivered by an overseer on the plantation owned by John and Bridget Lyons that nearly killed him.

The film is inspired by the famous “scourged back” photograph that was published by the Independent in May, 1863 and then in Harper’s Weekly’s July 4 issue, and it became indisputable proof of the cruelty and barbarity of slavery in America. The photo reached around the world, and legend has it that it made countries like France refuse to buy cotton from the South. It solidified the cause of abolitionists and prompted many free blacks to join the Union Army.

It was reported when the film was presented at Cannes that “Emancipation” would be described as an action thriller and is eyeing a production start in early 2021.

“Emancipation” will be produced by Apple Studios, alongside Smith through Westbrook Studios, Fuqua and his Fuqua Films, Todd Black and Escape Artists and Joey McFarland. McFarland began researching and developing the story and characters in 2018. He engaged Collage to pen the script and then brought it to Fuqua and Smith.

Also Read: Award Shows Go Virtual This Year: What Will They Look Like?

The deal also continues Apple’s relationship with Will and Jada Pinkett Smith and their Westbrook Entertainment. Apple’s heads of worldwide video Zack Van Amburg and Jamie Erlicht have worked with the duo and their producing partners in their former role as presidents of Sony Pictures Television, where they produced Pinkett Smith’s “Hawthorne,” as well as “The Queen Latifah Show.” While at Apple, Van Amburg and Erlicht worked with Pinkett Smith on the feature film “Hala,” which she executive produced and that debuted on Apple TV+ last year.

Fuqua’s last film was “The Equalizer 2” in 2018, and he’s in post-production on the sci-fi film “Infinite” starring Mark Wahlberg.

Smith last starred in “Bad Boys For Life” released earlier this year, which in part because of the coronavirus remains the box office champ for 2020, bringing in $419 million worldwide. He was also in the midst of filming the biopic “King Richard” for Warner Bros. before production shut down.

Smith and Fuqua are both represented by CAA.

News of the sale was first reported by Deadline.

For the record: Apple will produce the film, whereas a previous version of the story said Apple merely “acquired” the movie