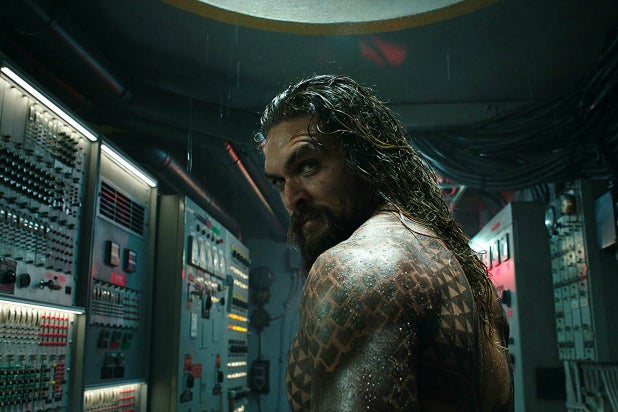 In the shadow of the DC blockbuster, two more films opened wide on Tuesday: Sony’s “Holmes & Watson” and Annapurna’s “Vice.” “Holmes & Watson” opened ahead of independent tracking with $6.4 million grossed, but has been panned by critics and audiences alike. The film received a D+ on CinemaScore polls and has a zero percent Rotten Tomatoes score with 12 reviews logged.

“Vice” didn’t fare much better with audiences, earning a C+ on CinemaScore after earning $4.8 million on opening day. But the Dick Cheney biopic is still on pace to meet tracker projections of an opening week in the low to mid-teens. Nominated for six Golden Globes, the film has a 66 percent score on Rotten Tomatoes.

Among other wide releases from this past weekend, Disney’s “Mary Poppins Returns” has floated into the No. 2 spot below “Aquaman,” with $11.6 million grossed on Tuesday and a domestic total of $50.3 million after a week in theaters. Paramount’s “Bumblebee” is in third with $8.9 million and a five-day total of $34.1 million.

Rounding out the top five is “Spider-Man: Into the Spider-Verse” with $5.5 million and a $73.5 million total, while STX’s “Second Act” added $3 million for a five-day total of $10 million outside of the top five. All four films that opened alongside “Aquaman” this past weekend are looking to the next two weeks for strong holdover numbers to push their domestic totals into profit range.