Leslie Feist has exited her position as the opening act for Arcade Fire’s “WE” tour following the news of sexual misconduct accusations against the band’s lead singer Win Butler.

The Montreal-based indie rock band’s tour began Tuesday night in Dublin, Ireland, and it is set to continue through Dec. 1.

“At a pub in Dublin, after rehearsing with my band, I read the same headline you did,” the musician wrote in a statement posted to Instagram and Twitter. “We didn’t have any time to prepare for what was coming let alone a chance to decide not to fly across the ocean into the belly of this situation.”

“This has been incredibly difficult for me and I can only imagine how much more difficult it’s been for the people who came forward. More than anything I wish healing to those involved,” the singer continued.

According to a report in Pitchfork, four people have come forward to detail allegations of sexual misconduct against Arcade Fire’s frontman.

The lead singer, who performs alongside his partner Régine Chassagne and brother Will, responded in two different statements. The first statement acknowledged the sexual experiences as consensual, and a written statement from Chassagne was later provided in support of Butler’s perspective. 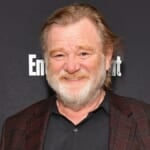 A follow-up statement from Butler again addresses the allegations while apologizing and detailing a part of his life involving drinking and depression.

“As I tried to get my bearings and figure out my responsibility in this situation, I received dozens of messages from the people around me, expressing sympathy for the dichotomy I have been pushed into,” Feist continued. “To stay on tour would symbolize I was either defending or ignoring the harm caused by Win Butler and to leave would imply I was the judge and fury.”

“I was never here to stand for or with Arcade Fire – I was here to stand on my own two feet on a stage, a place I’ve grown to feel I belong and I’ve earned as my own,” she added. “I play for my band, my crew, their loved ones and all of our families, andd the people who pay their hard-earned money to share space in the collective synergy that is a show.” 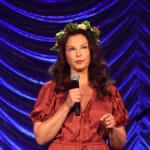 On the tour’s opening night, during which Feist performed, Pitchfork also gathered social media posts, one of which said that Feist would donate proceeds from merchandise sales to Women’s Aid Dublin, an organization that aims to prevent domestic violence in Ireland.

“I’m imperfect and I will navigate this decision imperfectly, but what I’m sure of is the best way to take care of my band and crew and my family is to distance myself from this tour, not this conversation,” Feist concluded in her statement. “The last two nights on stage, my songs made this decision for me. Hearing them through this lens was incongruous to what I’ve worked to clarify for myself through my whole career.”

“I’ve always written songs to name my own subtle difficulties, aspire to my best self and claim responsibility when I need to,” she added. “And I’m claiming responsibility now and going home.” 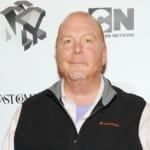