“Archive 81” will not receive a second season on Netflix, TheWrap has learned.

The series, from creator Rebecca Sonnenshine, starred Mamoudou Athie as video archivist Dan Turner, who was restoring tapes in the present, originally shot by Melody Pendras (Dina Shihabi) in 1994 at the mysterious Visser apartment building.

In different timelines, both Dan and Melody uncover disturbing secrets about a destructive, demon-worshipping cult.

The series, which costarred Martin Donovan, Evan Jonigkeit, Julia Chan, Ariana Neal and Matt McGorry, was loosely inspired by the podcast of the same name. 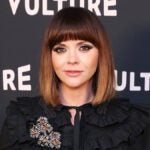 The series, which debuted in January, ended on a cliffhanger that left Dan’s fate up in the air.