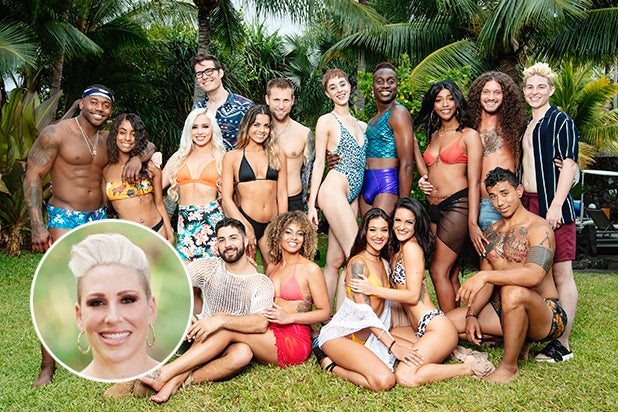 MTV is adding a new wrinkle to the “Are You the One?” format for Season 8 by introducing an entirely sexually fluid cast, but at least one person still has faith that they’ll each be able to find their perfect match.

“Absolutely,” said Dr. Frankie Bashan, the clinical psychologist and “relationship expert” added to the show to help the 16 hopefuls work through their dating woes. “These are smart, beautiful, curious individuals that want something more for themselves, and they’re eager to figure out how to make that work. I believe they will match and they will maintain, because of the compatibility piece they’ll be longevity. That’s my hope for them.”

It’s a bold prediction. And with the new twist of a cast entirely composed of sexually fluid individuals, anyone could theoretically be paired up with anyone, skyrocketing the number of possible matches and drastically reducing their odds of finding the exact set of couplings that’ll win them the $1 million prize.

According to the indispensable “Are You the One? Math” blog, with a cast of 16 individuals, there are a total of more than two million possible outcomes, but the cast will only have 10 shots at finding the right one.

As the advisor tasked with helping the cast sort out their relationship issues, Bashan is more concerned with each individual’s personal growth than the monetary outcome. On the show, she sits them down for weekly “Dr. Frankie Talks,” where she helps them work through issues like fear of commitment and jealousy.

“Are You the One?” fans have certainly seen many of the same issues crop up on more heteronormative seasons past, but the new twist also results in variety of relationship challenges. One cast member announces in the premiere that appearing on the show is her way of coming out to her family. Another says that growing up in the midwest meant he hadn’t had much opportunity to explore his attraction to men.

“There are common issues that come up in the queer community that have come up within the cast … that are reflective of what happens in our society,” Bashan said. “Those issues were playing themselves out amongst the cast members, which I think is so powerful for viewers sitting at home.”

Also Read: Inside the MTV Awards Clash Over a Joke Writer Once Accused of Rape (Exclusive)

But Bashan says it’s really the individual, interpersonal issues that’ll pose the biggest challenge to the cast finding their perfect match or a healthy, lasting relationship. (The distance between those two concepts providing the fuel for much of the show’s conflict.)

“I think their openness comes through, whether it be their gender expression or their sexuality,” she said. “They’re hungry, they’re open, they’re wanting to make changes. They’re eager to do that. They’re willing to be uncomfortable to find their person and to let the experts help them.”

But even if the show produces no happy couples, Bashan hopes the groundbreaking season will provide some sort of positive visibility for the LGBTQ communities it represents.

“I think the biggest thing I think is the visibility of this sexually fluid cast. It’s unprecedented,” Bashan said. “So when they asked me to be a part of it, how could I say no to something this amazing? I think it’s going to be pretty beautiful to see.”