“Are You the One?” is setting out to show that love transcends borders. A new iteration of the reality dating competition series will cast contestants from across the world and stream on Paramount+, the streamer announced Thursday.

Dubbed “the most ambitious dating experiment ever attempted,” “Are You the One? – Global Edition” (wt) will put 22 recently single competitors through an extensive matchmaking process to find their “perfect match.” Each week, they will work toward the common goal of trying to identify all 11 couples in hopes of taking home a massive cash prize — much like the original series, which aired on MTV.

The twist is that these men and women will hail from across the world, living together under one roof at an international location. 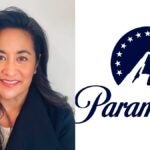 Also Read:
Stephanie Ito Returns to Paramount as President of Post-Production and Innovation

The series is set to begin casting this spring and kick off production this year. There’s no word yet on where the show will be filmed.

“Are You the One?” previously broke more figurative barriers with its U.S. edition when it became the first sexually fluid reality dating competition show in the country. In 2019, the show cast 22 single people who all identified as sexually fluid.

The franchise has also launched spinoffs in the United Kingdom, Germany, Sweden and Netherlands.

“Are You the One?” and its global counterparts hail from MTV Entertainment Studios.