In a recent episode of MTV’s “Are You the One?” following one of the cast’s many failed attempts to claim the show’s million-dollar prize, Kari Snow, a self-proclaimed “crazy girl from Jersey” and one of the season’s loudest voices of reason, let loose a heated, yet remarkably clear-eyed torrent of frustration.

“We’re representing a whole community of people,” she said, calling on her castmates to get their heads in the game. “I want to win for everyone like us. I don’t want the queer season to be a season that loses.”

It was one of few moments on the “sexually fluid” season of the reality dating competition in which the show seemed to acknowledge the pressures of attempting to serve an honest portrayal of the LGBTQ dating experience to a mainstream (straight) audience. For the most part, the season hasn’t gone out of its way to cater to the uninitiated, a conscious choice by MTV. 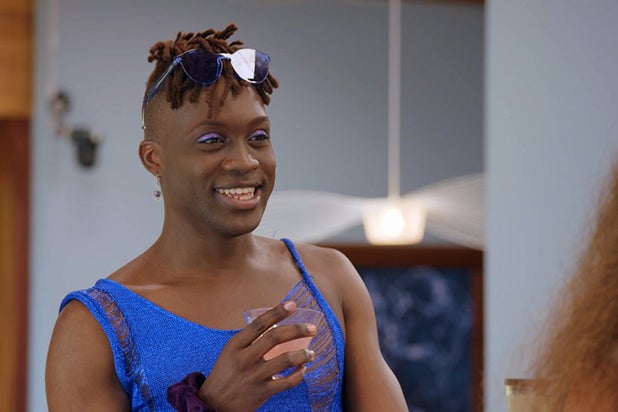 “This isn’t PeeWee’s Playhouse, this isn’t PBS. We weren’t trying to have an educational show,” said programming executive Sitarah Pendelton, who oversees the show for MTV. Beyond a “cheat sheet” on gender pronouns — nonbinary cast member Basit Shittu uses they/them but declares early on that their preferred pronoun is “Basit” — and simple introductory segments in the first episode, when it came to the queer experience, the show opted to show rather than tell.

“We did think it was important to set that bar,” Pendelton said. “But if you have this baseline, take this ride with us because we promise you that you’re going to learn so much about this experience — and, hopefully, even a little bit about yourself.”

Because beneath the typical reality TV messiness, romantic drama and sexual hijinks this season are storylines about internalized homophobia, gender expression and other uniquely queer topics common to everyday life but so rarely seen in the committedly heteronormative realm of dating shows.

Storylines like the on-again-off-again romance between transmasculine lothario Kai Wes and the “92% gay” Jenna Brown, whose instant chemistry was both undeniable and actively self-destructive. Or like the wild-maned Jonathan Monroe’s struggle to reconcile his attraction to traditional masculinity with his obvious compatibility with Shittu. Or the emotional rollercoaster of Max Gentile, whose conservative midwestern upbringing kept him from ever entertaining the idea of a relationship with a man until he fell head over heels for Justinavery Palm, the man who would later break his heart.

For the unfamiliar, “Are You the One?” brings together a group of singles, each perfectly compatible with one other person in the house, and gives them 10 chances to guess the exact right combination of couples. But for Season 8 — which bears the cheeky tagline “Come one, come all” — instead of the typical 10 straight men and 10 straight women, the cast is made up of 16 sexually fluid individuals, each of whom could potentially be a match with anyone.

“It became clear through the years and in our casting process that there was just a different way that the millennial generation wanted to date, how they love, how they want to experience the world,” Pendelton said. “Every generation kind of adds their own mark, and it was very clear that there were no bounds on love and dating.”

Pendelton and the producers whittled the field down to about a hundred finalists in search of a cast who would not only make for good TV, but could represent a broad spectrum of the queer experience. They also brought on relationship adviser Dr. Frankie Bashan to avoid any potential blindspots.

Also Read: 'Are You the One?': Does a Sexually Fluid Cast Stand a Chance on Season 8 of the MTV Dating Show?

The goal throughout was to give the younger queer audience a reflection of themselves that they recognize, a goal made exponentially easier by the fact that no one individual bears the burden of standing in for an entire community.

“It isn’t just one lane, one person,” Pendelton said. “To be able to have a diverse cast within a diverse cast is amazing. And to see the various stories and even some surprises that came out of it … I mean to see Remy fall hard for Paige was like, wow. I don’t think anyone expected that going in.” 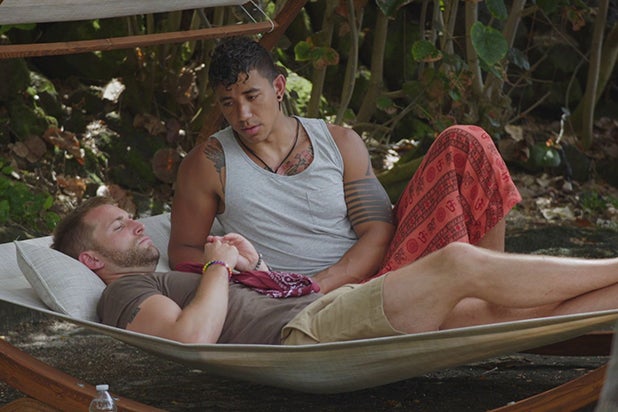 On social media, the response has been explosive, with fans reveling in the week-to-week drama and obsessively tracking who could potentially be matched with whom in the weeks leading up to Monday’s finale. And with only one chance left for the cast to get it right and make sure the queer season isn’t one that loses, certainly there’s plenty at stake.

But win or lose, it’s other moments that Pendelton hopes will leave a lasting mark. Moments like the glittery, shameless, celebratory “queer prom,” where no one had to explain or justify their existence to anyone (at least, until it was disrupted by an alcohol-fueled screaming match between two of the cast members. This is still reality TV, after all).

Also Read: MTV's 'Are You The One?' Introduces Sexually Fluid Cast in Season 8

“My goal was if we could give that for this community, to have them be like ‘Yes, come on! Get it! That’s it, that’s what I’m talking about!'” Pendelton said. “As a storyteller, there’s nothing better than that.”

“Especially in the world right now where there is so much divisiveness,” she said, “Why not have TV that brings us together and helps us understand and be a part of something?” 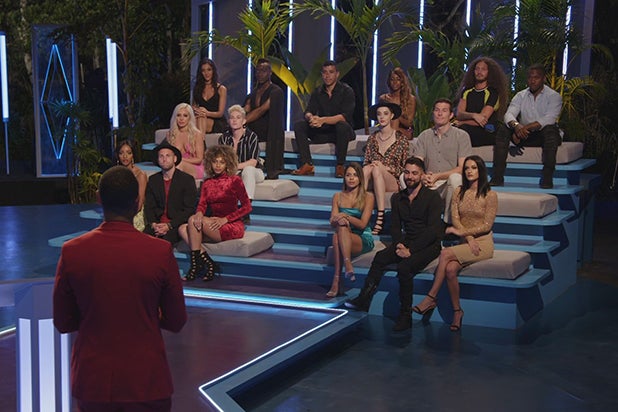