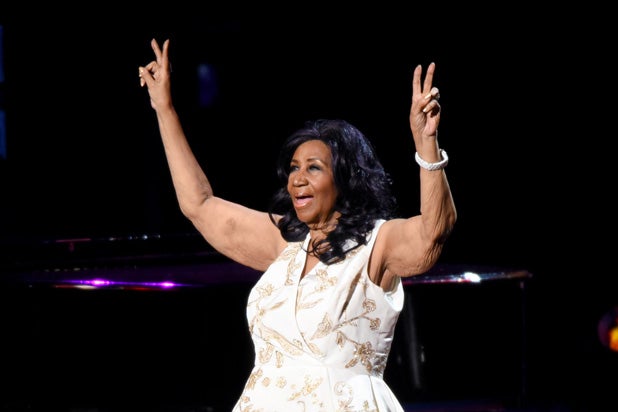 The first four lines of the first song on her first album for Atlantic Records in 1967 summed up Aretha Franklin in a way nothing else could:

What you want?
Baby I got it.
What you need?
You know I got it.

And there it was, in the opening 17 seconds of “Respect”: a statement of purpose, a promise, a guarantee on which Aretha would deliver time and time again for the next 50 years. It wasn’t even her song — “Respect” was written and first recorded by another great, Otis Redding — but before she got to the first chorus, she owned the song, and everybody who listened knew it.

That includes Redding, who famously commented, “The girl has taken that song from me.”

Aretha had recorded lots of music before “I Never Loved a Man the Way I Love You,” the 1967 album that contained “Respect” and launched her career with Atlantic Records. And she would record lots more after she left Atlantic and went to Arista Records in 1980.

But her pre-Atlantic recordings showed enormous promise but precious little grit, and her latter ones simply reinforced what we learned when we first heard “I Never Loved a Man”: This was a titanic talent, a ferocious vocalist who also played a mean piano and also had a fierce musical intelligence.

(She’d made substantial changes to “Respect,” after all, and they were all for the better.)

Aretha Franklin, who died Thursday in Detroit at age 76, had a nickname, the Queen of Soul, that was both entirely apt and far too limiting. Soul was only a small part of what Aretha was; she was also blues and jazz and pop and rock and, above all, gospel.

Jerry Wexler, who signed her to Atlantic and produced her breakthrough recordings, called what she did “the secularization of gospel, turning church rhythms, church patterns and especially church feelings into personalized love songs.”

Ray Charles had done something similar a decade earlier, as had other church-bred singers. But Aretha took it a step further at a crucial time, the late 1960s. To hear her demand respect, even from a wayward lover, was to hear an impossibly strong black woman at a tumultuous time when that voice was absolutely necessary.

She turned “Respect” on its head, transforming Redding’s snarling message to an unfaithful woman into a feminist anthem. And the rest of the “I Never Loved a Man” album was similarly spectacular, whether it was the brashness of the title track or the defiance in her version of the late Sam Cooke’s Civil Rights anthem “A Change Is Gonna Come.”

Even in “Do Right Woman – Do Right Man,” which sported the album’s gentlest singing, she knew how to cut to the heart of a message of empowerment. “They say it’s a man’s world,” she sang midway through the song. “But you can’t prove that by me.”

Aretha proved that pop and soul music wasn’t a man’s world, and she went on proving it throughout an often glorious, occasionally maddening career. She could be difficult — she missed shows, made excuses, became reclusive — but when she opened her mouth, all was forgiven.

And even in her later years, long after the hits had stopped coming, she knew how to deliver dramatic moments. She replaced an ailing Luciano Pavarotti on a couple hours’ notice at the 1998 Grammys, nailing the Puccini aria “Nessun Dorma” in his place. She delivered a magnificent “My Country Tis of Thee” at Barack Obama’s 2009 inauguration, and a stirring “(You Make Me Feel Like) A Natural Woman” at the 2015 Kennedy Center Honors.

In the aftermath of that Kennedy Center performance, President Obama summed it up: “American history wells up when Aretha sings.”

In 2017, the Tribeca Film Festival opened with “Clive Davis: The Soundtrack of Our Lives,” a documentary about the recording executive who signed Aretha to Arista Records in the 1980s and was instrumental in several of her biggest hits. A steady stream of Davis-affiliated artists performed after the opening-night screening at Radio City Music Hall: Barry Manilow, Dionne Warwick, Carly Simon and Earth, Wind and Fire among them.

But Aretha came out last, of course, and she was Aretha: She stalled, she only sang two songs because she said she had “an upper respiratory viral infection,” and she was transcendent nonetheless.

At the end of her set-closing performance of “Freeway of Love,” she steered that 1985 pop hit into a thrilling call-and-response segment straight out of the gospel music she grew up singing.

And once again, everybody in the audience knew that what we were hearing was what we wanted, what we needed. And Aretha? As always, baby she got it.