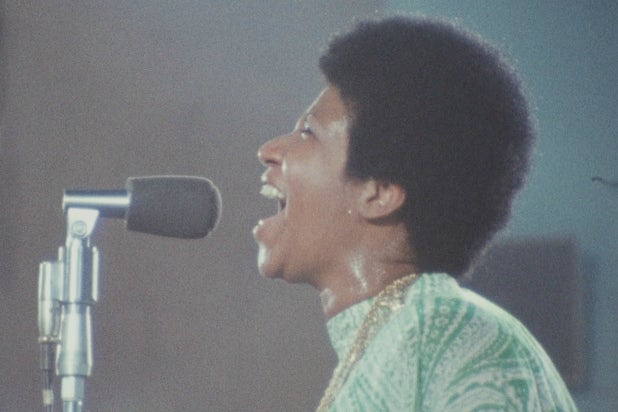 Neon has acquired the North American rights to “Amazing Grace,” the Aretha Franklin documentary film that made its world premiere at DOC NYC and then screened at the AFI Film Festival in November, the distributor announced.

The company is planning an early 2019 theatrical release, and it has already opened in New York and Los Angeles for an Oscar-qualifying run.

With footage captured by the late Sydney Pollack and realized by Alan Elliott, the 1972 concert film presents Aretha Franklin with a choir at the New Bethel Baptist Church in Watts back when the legendary queen of soul was 29 years old and at the peak of her vocal powers.

The late soul singer previously brought legal action against the film in 2015, successfully blocking it from screening at several film festivals and arguing that the concert footage couldn’t be shown without her consent. After Franklin’s death this year, Elliott was given the go-ahead by her estate to finally show “Amazing Grace” in theaters.

“‘Amazing Grace’ is the heart and soul of Aretha Franklin. This film is authentic and is my aunt to her core. Our family couldn’t be more excited for audiences to experience the genius of her work and spirit through this film,” said Sabrina Owens, Franklin’s niece and representative of the Aretha Franklin Estate.

The deal was negotiated by Neon and Endeavor Content on behalf of filmmakers.