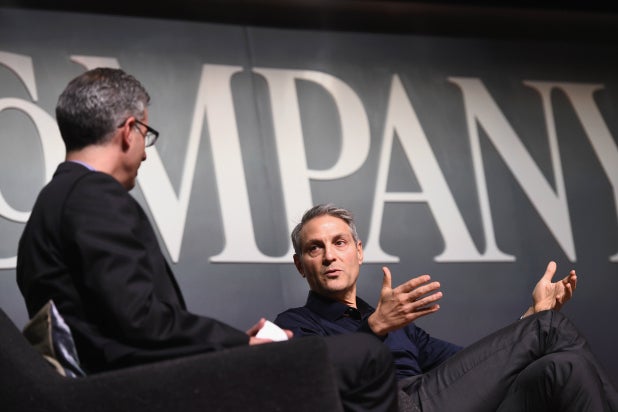 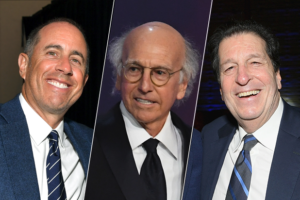 Endeavor, which postponed its public offering indefinitely on Thursday, was always going to have a hard time selling itself to Wall Street, insiders said.

The company that super-agents Ari Emanuel and Patrick Whitesell built had positioned itself as one of the most powerful talent agent and entertainment companies in Hollywood. It scooped up glitzy assets as it diversified away from simply being a talent agency and overtook longtime rival CAA in size and scope.

But according to insiders, the company’s crushing debt, a Hollywood labor dispute, investor confusion over Endeavor’s business model and anxiety over IPOs in general proved to be overwhelming, making an IPO the one deal the company’s agents couldn’t close.

Endeavor Group Holdings — the company’s intended brand for the New York Stock Exchange — pulled its initial public offering on Thursday, a day before shares of the company were expected to begin trading in the public market.

The parent company of WME alluded to mercurial market conditions in a statement, saying: “Endeavor will continue to evaluate the timing for the proposed offering as market conditions develop” without further elaborating on reasons for the delay.

But it seems investors simply weren’t buying what Endeavor was trying to sell. “What this company is is an over-leveraged nightmare,” Ross Gerber, CEO of media investment firm Gerber Kawasaki, said.

“[Ari Emanuel] overpaid about five times too much for UFC and about three times too much for IMG,” said one top Hollywood deal-maker, referring to two of the company’s biggest recent acquisitions . “He would get torn apart making all of that public. He would go from industry titan to drunken sailor in a minute flat.”

In 2012, Endeavor, then called William Morris Endeavor Entertainment, sold a 31% minority stake to private equity film Silver Lake Partners for $200 million. That investment helped propel the company’s growth, setting it on a course to acquire media, sports and fashion giant IMG in 2014 for $2.3 billion.

At the time, many deal experts said that this massive acquisition would eventually require an IPO to offset the debt.

But Endeavor continued its buying spree, acquiring the Miss Universe Pageant from Donald Trump in 2015, and following that up by breaking open the piggy bank to buy the Ultimate Fighting Championship in 2016 for a stunning $4 billion.

In the company’s IPO registration filing with the Security and Exchange Commission, Endeavor itself recognized that its “substantial indebtedness could limit our ability to pursue our growth strategy.” Endeavor said in the same filing that as of June 30 it has $4.6 billion in long-term debt and total liabilities totaling $7.2 billion.

Compare that stunning amount of debt to the company’s earnings in 2018 — revenues of $3.6 billion and net income of $316 million.

Conventional thinking within the investor community has been that the only way for Endeavor ease some of that debt burden is to raise money in the public markets through an IPO. But Wall Street did not value Endeavor at the same level Endeavor valued Endeavor.

There were signs of that earlier in the day when the company slashed expectations for its IPO price, from a range of $30-$32 per share to a range of $26-$27 per share . Endeavor also decided it best to offer fewer shares than originally planned.

Some speculated that Endeavor’s kiboshed IPO is an added sign of a weak IPO market, coming on the heels of Peloton Interactive’s underwhelming first day of trading, WeWork’s botched IPO and Smile Direct Club, which saw its shares plummet 28% after its debut.

“You have to imagine the situation with WeWork has uncovered some of the attitudes of the public markets and some of the risks of going public,” Matt Bilinsky, a media-focused attorney with Weinberg Gonser LLP said. “This could have spooked some of the powers that be at Endeavor that ‘hey, if this IPO doesn’t go well, if we’ve mis-priced it, this is going to lead to some fallout.'”

Gerber added that if anything, Endeavor pulling its IPO “really shows how healthy the public market is compared to the private market. There’s plenty of appetite for IPOs right now, just bring me something that’s going to make me money.”

Adding to Endeavor’s debt issues is a months-long standoff with the Writers Guild of America over packaging fees — monies collected by agents when bringing writers, filmmakers and actors a project to studios as a package. The WGA considers the practice a conflict of interest and said in a statement Thursday that this conflict would have been compounded had the company gone public.

In its filing, Endeavor too recognized the dispute as a possible hindrance to its business.

And then there’s Endeavor’s UFC, which is facing an antitrust lawsuit brought by current and former fighters who accuse the company of engaging in practices that harm competition.

“Endeavor had a series of issues that it needed to solve — and it didn’t,” Gerber said. “Now, they have a problem.”

So what’s the company to do now?

Endeavor said on Thursday that it plans to continue to pursue an IPO in the future, but offered no further specifics. Meanwhile the company is still laden with debt that its private equity investors will have to continue to pay down.

The alternatives, according to Gerber, are “they either put more equity into the company, when actually the point is they’re trying to get equity out.” Or they find another private equity firm to relieve some of the burden.

“Of course, they could do what WeWork’s doing and start selling things off,” Gerber said. “The debt holders own the company more now than the equity holders actually do.”

Sean Burch and Sharon Waxman contributed to this report.