Endeavor executives Ari Emanuel and Mark Shapiro resigned from the Live Nation board after the Department of Justice raised antitrust concerns, according to a statement from the DOJ Monday.

Emanuel serves as CEO and director of Endeavor Group Holdings, Inc., while Shapiro serves as president. As the DOJ pointed out, “Endeavor and Live Nation compete closely in many sports and entertainment markets.”

“These resignations ensure that Endeavor and Live Nation will compete independently,” said Acting Assistant Attorney General Richard A. Powers of the DOJ’s Antitrust Division. “Executives are not permitted to hold board positions on companies that compete with each other. The division will enforce the antitrust laws to make sure that all companies compete on the merits.” 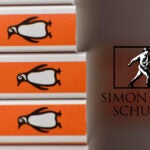 Also Read:
Inside Book Publishing’s Merger Mania – and Why Antitrust Laws Won’t Slow It Down

A spokesperson for Endeavor told TheWrap Monday, “While there has been no violation of law, we understand and respect the DOJ’s concerns regarding the current similarities of our businesses.”

Per the department’s statement, the DOJ previously expressed concerns that Emanuel and Shapiro’s roles on the Live Nation board made “an illegal interlocking directorate,” which occurs when one person serves as an officer or director of two companies. Section 8 of the Clayton Act prohibits individuals from holding dual roles as an officer or director of two competing companies, but does leave room for “certain defined safe harbors.”

“Based on U.S. revenues, the interlock did not qualify for any of the Section 8 safe harbors,” the statement noted.