As a young dancer growing up in North Carolina, “West Side Story” star Ariana DeBose did not have a plethora of pop culture role models from whom she could draw inspiration. “There is an abundance of examples of white lived experiences. There just weren’t many with my specific lived experience,” said DeBose, who identifies as Afro-Latina. “There weren’t a ton of examples that I could look to, to see myself reflected in the work.”

One movie that did make an impact on her was “Center Stage,” the beloved cult classic from 2000 about twenty-something dancers competing in a cut-throat New York City ballet school. Making her big-screen debut, Zoe Saldaña played one of those dancers, a rebellious Boston girl destined for prima ballerina stardom. “Seeing a beautiful melanated queen doing ballet and doing it beautifully, doing it well — that was very influential on my childhood,” DeBose, 31, told TheWrap. “(Saldaña’s) journey is something I could have only worked towards and hoped for (as a child). She’s carved a path for herself that many of us only hope and dream about—until this moment that I’m in right now.”

“This moment” is, of course, the Academy Award nomination for “West Side Story” that has capped a whirlwind awards season for DeBose that seemingly began shortly after Steven Spielberg called “Cut!” on the final shot. Early buzz for DeBose’s electrifying turn as Anita — the role that won Rita Moreno an Oscar in the 1961 original — gave way to near universal critical praise, dozens of awards and finally, an Oscar nod for Best Supporting Actress. After a decade of acclaimed work on the New York City stage (and before that, competing on “So You Think You Can Dance”), the Tony-nominated triple threat is entering a new phase of her career, in Hollywood.

“Making ‘West Side Story’ was so different from working on Broadway, so it’s been nice to have the opportunity to chat about that and just celebrate all the good work (that has) come out this year,” DeBose said, adding with a laugh, “Honestly, it’s been great for my social calendar.”

Here’s what else she had to say about her “West Side Story” experience and what’s next for her.

On what her 18-year-old self, who was a top-20 finalist on “So You Think You Can Dance,” would make of her Oscar nomination
“I think she’d be thrilled and she’d also be like, ‘What happened? You were gonna be a backup dancer!’ [Laughs] But I think she’d be excited that she learned to sing, cause at the time, she was not a great singer. And I think, honestly, if she knew she was gonna end up where she’s sitting right now, she’d breathe a little easier.”

On learning from Rita Moreno, who plays a new character in “West Side Story,” Valentina
If you are sharing space with Rita Moreno and your eyes are wide open and your ears are fully in tune, it’s impossible to not learn from this individual. She’s 90 years old, she’s lived such a life. And while she speaks to some of her experiences as purely a Puerto Rican woman, sometimes she’s just like, ‘No, I’m a woman. I’m a woman in this industry.’ I’m just continually inspired by her generosity and her Chutzpah. She says what she thinks. If she doesn’t have anything to say, she doesn’t say it. She has something to say, it’s heard. And I really enjoy that cause there’s a simplicity about it. And you also always know where you stand with her. She lets you know in one way or another.”

On mentoring costar Rachel Zegler, who plays Maria
“She was 18 at the time that we were making this film. I was 28 and it was, for me, all about making space for her to have her process and also being a source of support if she needed it. Which is a role I’ve never really had the opportunity to play. Most of the time — especially in my Broadway experiences—I feel like I’ve been the person being mentored. Charlotte d’Amboise did that for me. Adrian Warren did that for me. LaChanze did that for me. Whereas this was an opportunity for me to potentially do that for Rachel.

“I’m still protective of her. She joins the ranks of talent like Drew Barrymore. Any young actor that enters this industry in this way, in this iconic way, introduced by an epic director of the Spielberg caliber, you are thrust into (the) limelight. It changes your life and sometimes we don’t always have grace for allowing young people to make mistakes in this age that we live in, the age of social media and instant gratification and cancel culture.”

On the difference between stage and film work
“Working on Broadway, say you have a nine-month contract and you’re going to have however many months of rehearsal, and then you’re gonna go into tech and previews. And then you open the show and then you run the show and you are doing eight shows a week, and sometimes the hours are grueling. And then once you’re running the show, you have to maintain your body. It’s a different type of stamina, making a movie. It’s the same tools in an actor’s toolbox, but you are employing them in a different way. I like to compare movie-making to interval training. You’re going at, like, what? A level two? And then you’re hitting a level seven and then you’re back to the level two. Whereas working on Broadway is the marathon.”

On her upcoming films, the sci-fi drama “I.S.S.” and the spy thriller “Argylle.” (She was also just cast in the Spider-Man spinoff “Kraven the Hunter”)
“‘I.S.S.’ is directed by Gabriella Cowperthwaite. She brought you ‘Blackfish’ and ‘Our Friend.’ She’s a boss director and I had a wonderful time collaborating with her. And I am playing a role in Matthew Vaughn’s ‘Argylle.’ It’s an incredible ensemble cast, led by Bryce Dallas Howard and [dramatically] Academy Award winner Sam Rockwell. I got to play a scene with Catherine O’Hara and I just pinched myself. Both of these were great opportunities for me to stretch and challenge myself and do something different. I don’t sing or dance in either one of those films. We shot these before ‘West Side Story’ was given to the masses and I said, ‘Well, let me take advantage of these opportunities while I have them!’ [Laughs] 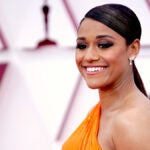