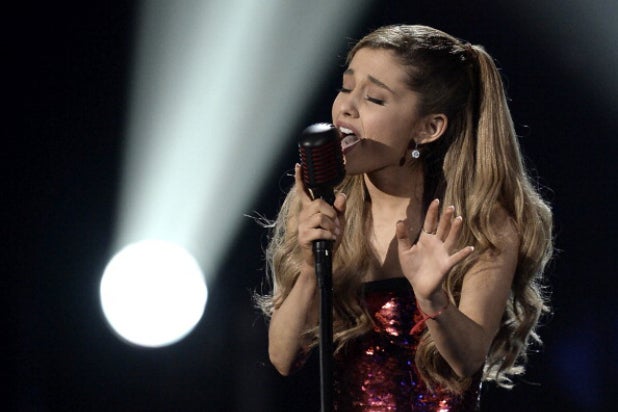 Minaj will perform a single from her new album “The PinkPrint,” alongside guest performer Skylar Grey.

Grande will perform a medley of “Problem,” Break Free” and “Love Me Harder,” featuring The Weeknd.

She, Minaj and Jessie J will also perform their hit single “Bang Bang.”

Lil Wayne will be joined by Christina Milian for the premiere of his upcoming single “Start A Fire.”

Wyclef Jean and Magic! will collaborate on a compilation of their singles “Divine Sorrow” and “Rude.”

The 2014 American Music Awards will broadcast live from the Nokia Theatre L.A. Live on Sunday, Nov. 23 at 8 p.m. ET/PT on ABC. Additional performers and presenters will be announced soon.

41 Snapshots From Inside the Golden Globes After-Parties 2014 (Photos)

Leo and Bradley’s moms, HBO brings the “Good Will Hunting” boys back together, and all the OMG toasts, huddles, and moments on the fun side of the velvet rope

All snark aside, Leonardo DiCaprio does two rare things: 1. Holds a trophy. 2. Poses for a photo at the Weinstein party.
View In Gallery