As expected, the $125 million tax credit intended to lure Hollywood film and TV productions to Arizona has become law in the state, having been passed by both houses of the state’s legislature.

The bill was not signed by Arizona Gov. Doug Ducey, who nevertheless did not veto it. No reason was given for his lack of commitment one way or the other to the program.

The tax credit bill created the Arizona Motion Picture Production Program, which will cover 15–20% of production expenses, capping annually at $75 million to start but eventually rising to $125 million over three years. The tax credit will remain in effect until 2043, which backers hope will make Arizona competitive with neighboring New Mexico, a hotspot for film and TV production.

Qualifying productions are required to film primarily in Arizona, hire local crew members and also feature pre-production and post-production work within the state’s borders. In addition, the amount of the tax break is dependent on how much is spent making the project; productions smaller than $10 million will qualify for a 15% credit and productions spending above $35 million qualify for up to 20%. 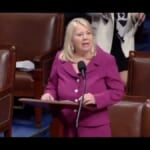 Also Read:
Arizona Republican Says She Would Shoot Her Grandchildren to ‘Protect’ Them (Video)