Yes, Michael Bay knows that his 1998 sci-fi film “Armageddon” became a trending topic on Wednesday after NASA launched a 1,200-pound spacecraft on a test mission to see if it can to slam into a small asteroid next year and deflect it from its path.

“Our plan was not far off,” Bay told TheWrap on Wednesday, noting how his outlandish film correctly predicted that scientists might use spacecraft as a planetary defense system to prevent a large asteroid from a catastrophic crash to Earth. “Thank God they’re doing something because these things (asteroids), they’re lethal. They come in 24,000 miles an hour, if I remember correctly — it’s an airburst to the ground.”

Of course, NASA’s Double Asteroid Redirection Test has some key differences from Bay’s blockbuster, in which NASA recruited an oil-drilling team led by Bruce Willis and Ben Affleck to quickly train as astronauts so they could fly into space, land on an oversize asteroid barreling toward Earth, drill a hole deep into its core and detonate a nuclear bomb to split the asteroid in half. 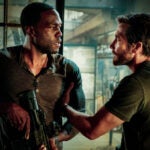 Instead, NASA is sending the unmanned 1,200-pound SpaceX Falcon 9 rocket to travel around the sun and crash into a small, benign asteroid called Dimorphos at 15,000 miles per hour sometime next year — hoping to test the potential of throwing a future, more deadly asteroid off its course.

“We’re doing this work and testing this DART capability before we need it,” NASA’s chief of planetary defense Lindley Johnson told the New York Times. “We don’t want to be flying an untested capability when we’re trying to save a population on the Earth’s surface.”

Bay conceded the differences between the real NASA mission and the more outlandish one in his film. NASA’s “not sending in an oil-drilling team, but our plan was not far off where they send a craft to nudge it, either with a nuke or whatever, they just have to nudge it,” Bay said. “They had a bunch of stuff we mentioned in the movie that were real plans that are on the table.” 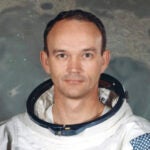 But while he admits that “Armageddon” probably didn’t inspire NASA’s DART mission, Bay is proud of the film for raising awareness about the potential threats from the skies. “It just makes the world aware that there is a big effin’ problem that we might have one day so it’s better to get our asses in gear now and practice for what can be a very serious situation,” he said. “It’s great that they’re trying something.”

The director, who recently wrapped next year’s action film “Ambulance” with Jake Gyllenhaal, also recalled meeting with an official from NASA’s Jet Propulsion Laboratory when he was prepping “Armageddon.” “His job is to find global killers,” Bay said. “He is the guy in the world and I’m like, ‘Why are you the guy?’ and he’s like, ‘Because we have the best math.’ We don’t even have enough telescopes searching for global killers. A lot of times they’re just randomly found.”