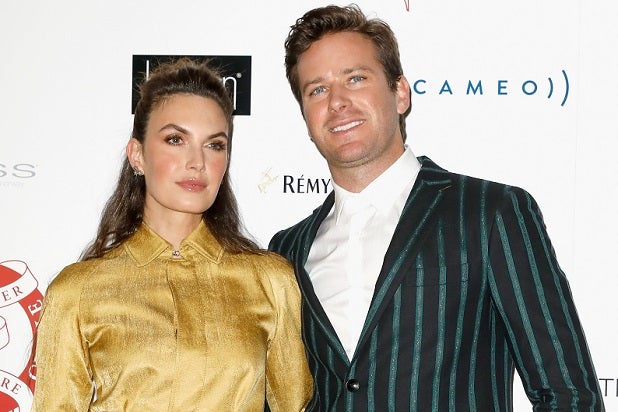 “Call Me By Your Name,” indeed.

Armie Hammer’s wife, Elizabeth Chambers, has filed a lawsuit alleging that another woman used her identity in an effort to gain entry into Vanity Fair’s Oscars party this year.

In the suit, filed in Los Angeles Superior Court on Thursday, Chambers says that Beverly Hills woman Diana Roque Ellis and another, unnamed defendant “are engaging in a fraudulent scheme” to impersonate Chambers by using a fake email address and sending bogus emails in an effort to attend the soiree.

According to the suit, the Defendants sent an email to Vanity Fair on February 22 and asked if Chambers and Hammer “could bring an extra guest to the event.”

When Vanity Fair asked who the second guest was, the lawsuit says, they emailed the name “Diana Ellis” back.

However, the suit says, sensing “that something was suspicious and/or inappropriate with the fraudulent emails,” Vanity Fair contacted the publicist for Chambers and Hammer, who confirmed that they didn’t plan to bring a guest.

Alleging misappropriation of name and likeness and violation of right to privacy, Chambers is asking for an injunction preventing the defendants from “engaging in further violations,” as well as unspecified damages.