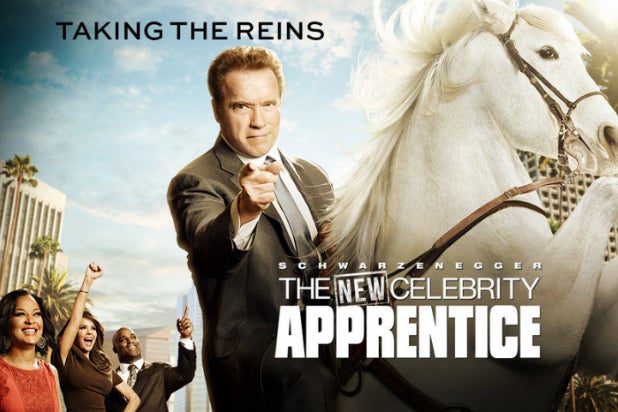 Arnold Schwarzenegger will not return as the host of “The New Celebrity Apprentice,” the action star announced Friday.

“Even if asked [to do it again] I would decline,” Schwarzenegger said in an interview with Empire Friday. “I learned a lot, I had a great time, it was a really great opportunity. But under the circumstances I don’t want to do it again.”

“With Trump being involved in the show people have a bad taste and don’t want to participate as a spectator or as a sponsor or in any other way support the show,” he continued. “It’s a very divisive period now and I think this show got caught up in all that division.”

Schwarzenegger also confirmed, as TheWrap reported exclusively on Thursday, that half the show’s sponsors from last season have pulled their ads after boycott threats.

A campaign called #GrabYourWallet, which called on sponsors to abandon the show because of President Trump’s involvement with it, said six of the show’s 12 corporate backers from last season have agreed not to return. None of the companies explicitly cited Trump as their reason, but campaign organizer Shannon Coulter says the gold-plated writing is on the wall.

“I think it’s pretty clear at this point that the Trump brand name is toxic,” she told TheWrap.

On top of that, the show proved to be a dog with fleas in the ratings despite having Schwarzenegger as host. The first episode on Jan. 2 drew an anemic 1.3 rating and just under 5 million viewers. Things were pretty much downhill after that, with the season finale on Feb. 13 drawing just a 0.9 rating and 3.5 million viewers.

In fact, the only real buzz around the show came when Trump himself began tweeting about the poor ratings, prompting Schwarzenegger to respond.