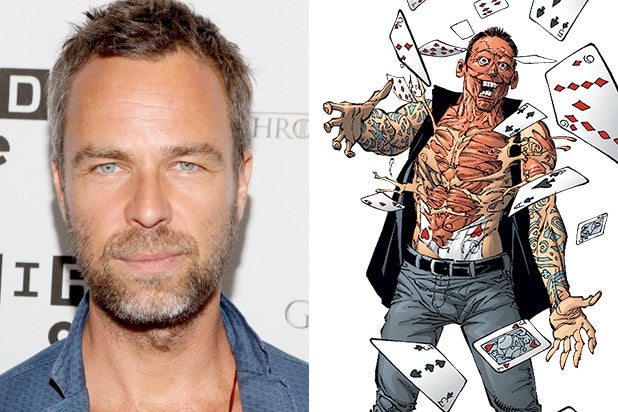 “Teen Wolf” actor JR Bourne will appear on Season 4 of The CW’s “Arrow,” playing the DC comic book villain known as Double Down, TheWrap has learned.

Bourne is taking on the role of Jeremy Tell, a metahuman who can turn his playing card tattoos into deadly weapons. As a metahuman, Double Down is more closely associated with “The Flash” mythology in the comics, and is a member of the villainous Rogues gallery.

He will appear in the third episode of the new season.

Neal McDonough has also joined Season 4 of “Arrow” to play the villain Damien Darhk, while the new season will also welcome Echo Kellum as Mr. Terrific and Alexander Calvert as Anarky.

“Arrow” returns for its fourth season October 7 on The CW.

Bourne has played the role of Chris Argent on MTV’s “Teen Wolf” since its first season and also recently recurred on Lifetime’s “UnREAL.” He is represented by Red Management in Canada and Schlegel Entertainment.

"Adventures of Superman," 1952-1958
Best: The George Reeves version of Krypton's favorite son was pretty well received: springboard jumps and all. Of course, decades later, the role would be taken to another level by the similarly named Christopher Reeve.
View In Gallery
x
Looks like you're enjoying reading