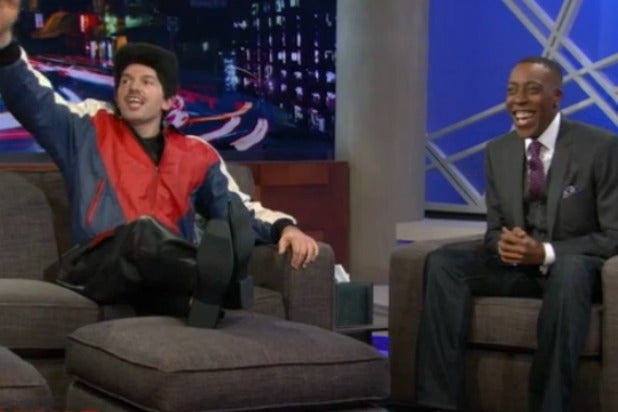 Wearing an 8-Ball jacket and Hall’s old haircut, Scheer called back classic motifs of the original “Arsenio”: The dog pound, the special name for the audience (“These people over here are the Less Successful Members of the Wu-Tang Clan”), and a very ’90s handshake.

“We immediately had conflict on which handshake we were about to do,” said the real Hall (OR IS HE???) after they met.

“That’s right, ’cause I’m a little bit in the past,” said Arscheerio. “I didn’t know about the pound. I was about the hug.”

“If you can get anybody on this show to play saxophone, they will be elected president immediately,” he said.