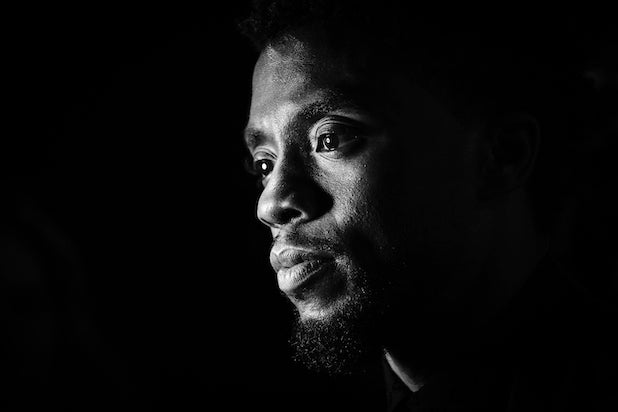 Artist Nikkolas Smith has painted a mural of Chadwick Boseman that Disney has commissioned to appear on a wall in Downtown Disney in Anaheim.

Smith, who worked as a Disney Imagineer and who has become known for his recent artwork of George Floyd and Colin Kaepernick, said he witnessed the late “Black Panther” star’s impact on the world when he worked at a children’s hospital and on the Avengers Campus.

“This one is special. My King Chad tribute is now on a wall on display at Downtown Disney,” Smith wrote Thursday on Instagram along with a video of the unveiling. “To millions of kids, T’Challa was a legend larger than life, and there was no one more worthy to fill those shoes than Chadwick Boseman. I’m so thankful to be able to honor Chadwick’s life and purpose in this way.”

The painting of Boseman shows him kneeling down next to a child wearing a Black Panther mask and performing the Wakanda salute together. Smith first painted it and shared the image on Instagram after Boseman’s death back on August 28 at the age of 43. Smith would later donate proceeds of the print to St. Jude’s and Children’s Hospital L.A.

“He would never let the kids see that he was fighting cancer too… To them, he was and will forever be T’Challa… The King,” Smith wrote at the time.

Disneyland remains closed to visitors in California, but the Downtown Disney District is still open for shopping and dining.

Check out Smith’s photos of the mural of Boseman in Downtown Disney below.

This one is special. My King Chad tribute is now on a wall on display at Downtown Disney. 🐾 It is a full circle moment for me: my final two projects as a Disney Imagineer last summer were working on the Children’s Hospital project and the Avengers Campus. To millions of kids, T'Challa was a legend larger than life, and there was no one more worthy to fill those shoes than Chadwick Boseman. I'm so thankful to be able to honor Chadwick's life and purpose in this way. I am grateful to the Disney family for being so supportive of my journey as an artist. @waltdisneyimagineering @disney @marvelstudios @disneyland 🐾✨ #LongLiveTheKing #KingChad #WakandaForever #Phambili #DowntownDisney #BlackPanther #ChadwickBoseman #RIPChadwick #WDI