Prime Video dropped the trailer for “Friday Night Lights” and “Parenthood” creator Jason Katims’ upcoming series “As We See It” Monday, revealing the roommates at the heart of the show about three people on the autism spectrum trying to survive their 20s together.

Per Amazon’s official description, “As We See It follows Jack (Rick Glassman), Harrison (Albert Rutecki), and Violet (Sue Ann Pien), twentysomething roommates on the autism spectrum, as they strive to get and keep jobs, make friends, fall in love, and navigate a world that eludes them. With the help of their families, aide, and sometimes even each other, these roommates experience setbacks and celebrate triumphs on their own unique journeys towards independence and acceptance. Series stars Glassman, Rutecki, and Pien all identify as living on the autism spectrum.”

“As We See It” also stars Sosie Bacon as their aide Mandy, Chris Pang as Violet’s brother Van, and Joe Mantegna as Jack’s father Lou. 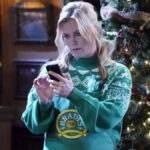 Also Read:
Alison Sweeney to Return as Sami Brady for Peacock’s ‘Days of Our Lives: A Very Salem Christmas’

Watch the trailer for “As We See It,” which will launch Jan. 21 on Prime Video, above.

“As We See It” is based on an Israeli format created by Idisis and Shafferman. The series hails from True Jack Productions, Universal Television (a division of Universal Studio Group), Israel’s yes Studios, and Amazon Studios.