Alison Sweeney will return home for the holidays, reprising her “Days of Our Lives” role as Sami Brady for Peacock’s “Days of Our Lives: A Very Salem Christmas” holiday movie, the NBCUniversal owned streaming service said Monday.

The special, which marks the first-ever holiday movie for the long-running NBC soap opera, is set to launch Thursday, Dec. 16 on Peacock.

“Days of Our Lives: A Very Salem Christmas” follows Will Horton as he writes a screenplay before his Christmas Eve deadline. Using everyone’s favorite feel-good holiday movie tropes, he creates a festive story based on his family and friends in Salem — but with several twists and turns you’ll never see coming. 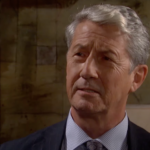 Sweeney is returning as Sami Brady, a part she played for more than 25 years on “DOOL,” for the holiday special, “which will be bringing the fan-favorite troublemaker, who doesn’t let anything stand in the way of getting what she wants, back to Salem,” per Peacock.

You can see a first look image of Sweeney as Sami in “A Very Salem Christmas” via the photo above. 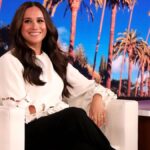 The “DOOL” holiday movie was ordered at Peacock following the success of its first “Days of Our Lives” limited series, “Beyond Salem,” which debuted in September and featured many fan-favorites from the NBC soap opera.

The “Days of Our Lives” holiday movie is produced by Corday Productions in association with Sony Pictures Television.