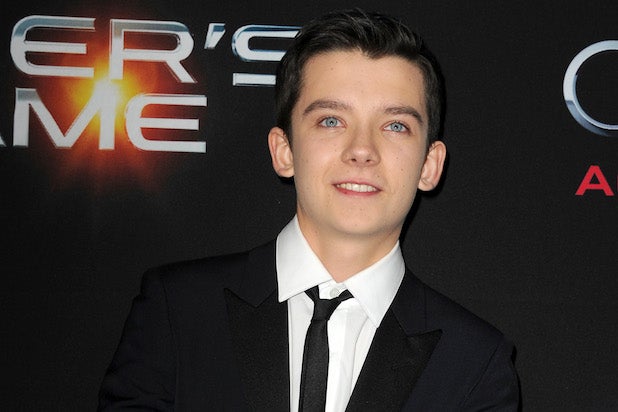 After starring in three movie adaptations of acclaimed novels, Asa Butterfield is poised for a fourth, as he’s being eyed to star in Tim Burton‘s adaptation of Ransom Riggs’ bestselling novel “Miss Peregrine’s Home for Peculiar Children,” multiple individuals familiar with the project have told TheWrap.

While Butterfield has not received an official offer yet, insiders say one is expected to materialize soon, as he’s Burton’s choice for the coveted role.

20th Century Fox is fully financing and distributing the movie, which will be produced by Chernin Entertainment. Production is scheduled to start in February, as the film is slated to hit theaters on March 4, 2016.

Representatives for 20th Century Fox and Butterfield did not immediately respond to requests for comment.

Story follows a teenager who must help protect a group of orphans with special powers from creatures out to get them.

Should Butterfield get the offer, he would play 16-year-old Jacob Portman, who seeks the truth about his grandfather’s past after he’s murdered by a “hollow,” a vicious creature that Jacob had thought to be imaginary. He quickly meets a young girl named Emma who can control fire, and via a time loop, she introduces him to Miss Peregrine and a group of peculiar children with special abilities, including super strength and invisibility.

Eva Green will star as the titular Miss Peregrine, who serves as the guardian of the group, though Jacob proves key to their survival.

Butterfield starred in Martin Scorsese‘s award-winning “Hugo” and Gavin Hood‘s big-budget adaptation of Orson Scott Card’s sci-fi classic “Ender’s Game,” as well as the Miramax Holocaust drama “The Boy in the Striped Pajamas.” His other credits include “The Wolfman” and “Nanny McPhee Returns.”

Butterfield recently played a math prodigy opposite Sally Hawkins in the Toronto entry “X+Y,” and he next stars in the indie movie “Ten Thousand Saints” with Ethan Hawke and Hailee Steinfeld. He’s represented by CAA, Independent Talent Group and attorney Eric Suddleson.