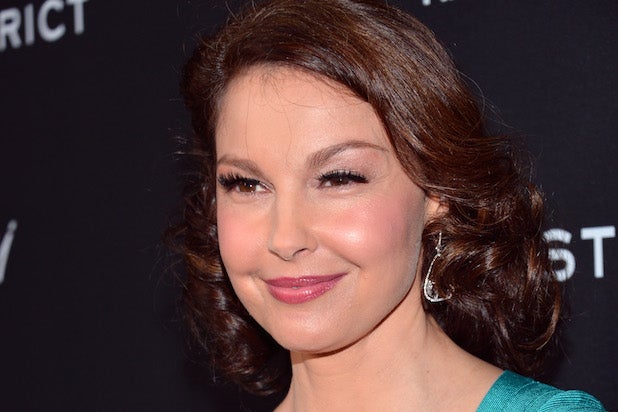 Ashley Judd had some choice words for her Twitter critics.

The actress penned an emotional essay about violence against women, in which she talks about her personal experience with rape and incest.

The essay, titled “Forget Your Team: Your Online Violence Toward Girls and Women Is What Can Kiss My Ass,” came in response to a tweet she posted that was critical of the University of Kentucky’s opponent in the SEC Basketball Tournament. Judd is a U.K. alum.

The tweet angered rival Arkansas’ fans who slammed Judd on social media, causing a “tsunami of gender-based violence and misogyny,” according to the actress.

In the essay, Judd writes:

I deleted my original tweet after the game, before all hell broke loose, to make amends for any genuine offense I may have committed by describing play as ‘dirty.’ (Of course, other people, including my uncle who is a chaplain, also expressed fear that the athletes would be hurt badly. But my uncle wasn’t told he was a smelly p—y. He wasn’t spared because of his profession; being a male sports fan is his immunity from abuse.)…

What happened to me is the devastating social norm experienced by millions of girls and women on the Internet. Online harassers use the slightest excuse (or no excuse at all) to dismember our personhood. My tweet was simply the convenient delivery system for a rage toward women that lurks perpetually. I know this experience is universal, though I’ll describe specifically what happened to me.

I am a survivor of sexual assault, rape and incest. I am greatly blessed that in 2006, other thriving survivors introduced me to recovery. I seized it. My own willingness, partnered with a simple kit of tools, has empowered me to take the essential odyssey from undefended and vulnerable victim to empowered survivor. Today, nine years into my recovery, I can go farther and say my ‘story” is not ‘my story.’ It is something a Higher Power (spirituality, for me, has been vital in this healing) uses to allow me the grace and privilege of helping others who are still hurting, and perhaps to offer a piece of education, awareness and action to our world.

Judd included some of the tweets she’s received:

@AshleyJudd If freedom is too difficult for you, there are other places you can go. #LiveFreeOrDie #HurtfulWordsPolice

@AshleyJudd @JillAMackie @micnews — dont go around making out with old dudes and you wont get so much attention. DEAL with IT

@AshleyJudd Your "outrage" over sexual harassment is nothing more than a cynical attempt to promote your latest movie. Go feed your pets.

Judd is a long-time women’s issues activist. She appeared in Diane Sawyer and Nicholas Kristof’s PBS sex trafficking special, “A Path Appears,” which aired in January.