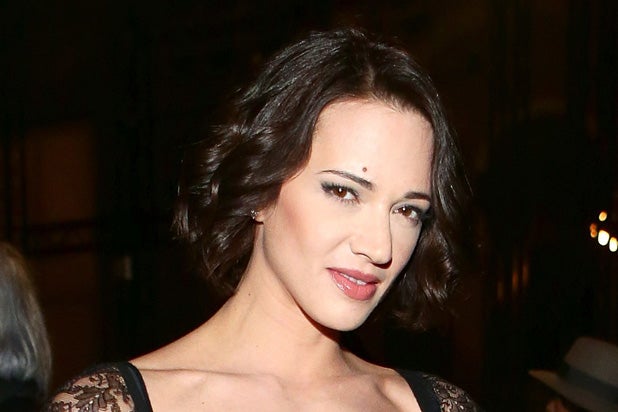 Actress Asia Argento struck back at Catherine Breillat after the French director called her a “mercenary and a traitor,” and attacked the #MeToo movement. In a series of tweets, Argento said Breillat abused her during filming of the 2007 film “The Last Mistress,” and said she was “a sadistic and downright evil director.”

The sharp exchange started when Breillat spoke openly about her thoughts on #MeToo during an appearance on the podcast “Murmur.” The episode has been taken down, but according to IndieWire, Breillat said that the downfall of Harvey Weinstein over sexual assault allegations was a “loss” for European cinema and that she didn’t believe Argento’s claims that Weinstein abused her.

“As a person, Asia Argento is quite servile,” Breillat said. “I never asked her to kiss my feet, but she’s that kind of person. I don’t believe Asia. If there’s anyone capable of defending herself, who’s not timid about sex, who does it a lot, and has lots and lots of desire for both men and women, it’s her.”

“For Asia, it was obviously, let’s say, motivated by self-interest — it was a kind of semi-prostitution,” Breillat went on to say, adding that she thinks Argento is a “mercenary and a traitor.”

“Asia may have been disappointed that she didn’t become a great Hollywood actress she might have been, but there were lots of other things: drugs, many other things,” Breillat continued. “She feels bitter. Because bitterness, too, can lead people to denounce if you wanted to obtain something and you didn’t obtain it, if you feel humiliated. Quite honestly, I don’t like Asia. I think she’s a mercenary and a traitor.”

Argento responded with a series of tweets lambasting Breillat and others who have attacked women that came out about their abuse. She also noted that Breillat has not commented on collaborating in 1977 with fashion photographer David Hamilton on the movie “Bilitis,” which follows a teenage girl’s sexual exploits after she becomes intrigued by a married couple. Hamilton was accused by six women of sexually abusing them when they were minors and committed suicide a week after the accusations were made public.

Also Read: From Weinstein to Trump: What Happens When We Torch NDAs

Catherine Breillat, the writer of Bilitis, a film that rhapsodises child sex for rapist pedophile photographer David Hamilton, has no place in judging me.

David Hamilton put a bag over his head and killed himself rather than face his accusers, six women who claimed he had raped and molested them as children. What does Catherine Breillat have to say about her former collaborator?

“I am both sad and angered by these old school self proclaimed ‘feminists’ and their lack of humanity in face of other women’s suffering,” Argento wrote. “The French ones have proved to be the worst.”

Argento outlined her memories of working with Breillat 11 years ago on “The Last Mistress,” accusing the director of repeatedly insulting her and pushing actors into doing scenes they were not comfortable doing. Breillat had suffered a stroke three years prior, and Argento says the cast and crew tried to avoid arguing with her to prevent triggering another one, something that she says Breillat knew and took advantage of.

During the shoot I fell terribly ill and ended up at the hospital where I had to be operated. As I fought to stay alive with a terrible infection, she would come to visit me and tell me I would never work again because I made her stop shooting.

During the scene she wouldn’t call CUT , so the main actor almost fainted and he took it on me. We got in a “fist fight” while Breillat sneered in the back.

These are some drawings I made of Catherine Breillat on my journal, while at the hospital and during the shoot, in spring 2006. pic.twitter.com/EwO3xheTzd

Also Read: From Weinstein to Trump: What Happens When We Torch NDAs

“I never told these things because I always thought that what happens on a film set remains on a film set, but she really pressed the wrong buttons by reminding me what a monster she is,” Argento concluded.

Several major figures in the #MeToo movement, including fellow Weinstein accusers Mira Sorvino and Annabella Sciorra, have tweeted their support of Argento.

Breillat did not immediately respond to a request for comment on Argento’s accusations.