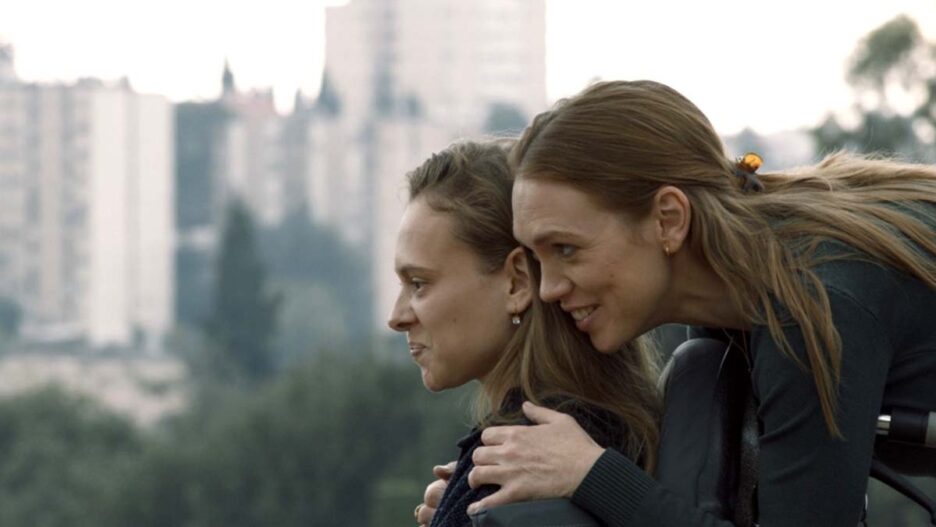 The movie “Asia,” written and directed by Ruthy Pribar, tells the story of a single mother named Asia (Alena Yiv) and her teenage daughter Vika (Shira Haas). They both must navigate their already distant relationship as Vika faces a terminal illness.

The 35-year old Asia, who is raising the 17-year old Vika on her own after emigrating to Israel from Russia, works as a nurse at a Jerusalem hospital and through the course of the film must face the reality of Vika’s rapidly deteriorating condition.

The film, shot primarily in Jerusalem, currently has 92% approval rating on Rotten Tomatoes. “Asia” premiered at the 2020 Tribeca Film Festival where it won three awards, including the “Nora Ephron Prize” for Pribar and the “Best Actress” award for Haas. At the Ophir Awards, Israel’s version of the Academy Awards, “Asia” won nine awards out of 12 nominations.

I spoke with Haas and Pribar, who were both in Tel Aviv, via Zoom in Hebrew — they both acknowledged it was the first interview they conducted about this project in their native language and something that seemed to put them more at ease.

On Wednesday, Haas and Pribar attended the premiere at the Film Forum in New York. They are pleased that audiences will finally be able to see the film in theaters, beginning on June 11 in New York. 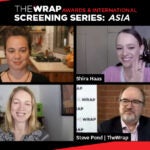 Pribar says this film, her first, about a young woman with Lou Gehrig’s Disease, was inspired by personal tragedy.

“My sister died 15 years ago after spending only a few months in the hospital. It took me many years to process what had happened. At the time, I wasn’t fully present emotionally and didn’t quite understand what death meant and what my sister was experiencing,” she explained. “Only years later did I begin to process what happened, and that’s when I started to write about this topic with the benefit of hindsight. (This perspective) helped me cope with any future deaths I might face in the future.”

Haas, who filmed “Asia” after starring in “Shtisel” but before her star-making turn in the Netflix hit “Unorthodox,” says she fell in love with the script upon the first read.

Once Haas landed the part, she threw herself into the character of Vika, a role she said brought her to tears. “I was able to connect to her pain of dealing with a chronic illness facing death. I’m not an easy crier in real life as much as I am on screen, but I did cry.”

“Vika is both a young girl and an older one [due to her disease],” Haas continued. “I know I will never understand what it is like for someone like her physically and mentally, so I studied situations where people must face a terminal illness.”

“I did a lot of physical research. At first, I met with a doctor and I met with a young girl, a very brave patient with the same disease as Vika, so I could know what it felt like.” But this wasn’t enough, Haas continued. “I reacquainted myself with the five stages of grief (denial, anger, bargaining, depression, acceptance) taught by (popular psychologist) Elisabeth Kubler-Ross. “This was the closest way to learn how to experience death.”

“Asia” features women not only in front of the camera but in nearly all of the key production roles, starting of course with the writer/director Pribar. In fact, women earned eight of “Asia’s” Ophir Awards.

“I wasn’t looking to hire only women,” Pribar said. “I want to have the most talented team, and I found that females stood out in this case. I feel women often don’t get the chance to show their talent and I put the time to hire them not because of gender, and I was glad I could give them this opportunity.”

In one significant scene in the film which features a majority of female characters, Asia tells her daughter, “The only thing a man gave me was you.” This scene underscores the strength that the two are able to maintain and survive on their own. 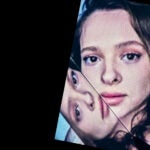 Pribar and Haas are both proud to have been part of this film that depicts such strong female characters.

Haas will next portray the legendary Golda Meir, the first and only woman to lead the state of Israel, in an American TV series executive produced by Barbra Streisand and based on the book by Francine Klagsbrun, “Lioness: Golda Meir and the Nation of Israel.”

In the meantime, both Haas and Pribar hope viewers will absorb and spread Asia’s important message.

“At the end of the day,” Pribar said. “The most important thing is that life isn’t only focusing on one’s career and making a lot of money. It is about finding the time to spend with the people we love.”

BIO Ayelet Raymond
Ayelet Raymond is a film and musical director who lives in New York City. She collaborated with young Broadway performers to create the American children’s television show My Hebrewland. She is the creative force behind the Kosher Barbie character and social media personality.