This story about “The Assassination of Gianni Versace” first appeared in the Miniseries/Movies issue of TheWrap’s Emmy magazine.

Most scientists estimate that the giant molten ball in our sky has another 5 billion years left to power life on earth. But for a coterie of fashion fans and one spree killer, it was vanquished on a July morning in 1997, when Gianni Versace was found dead, splayed on a South Beach sidewalk.

“He was the sun in an entire universe. When he disappeared, a void was created and everything collapsed,” Édgar Ramírez said of the celebrated fashion designer. Ramírez plays the loud visionary in FX’s limited series “The Assassination of Gianni Versace: American Crime Story,” a meditation on homophobia and shame, and producer Ryan Murphy’s second installment in a franchise kicked off by the Emmy-winning “The People v. O.J. Simpson.”

Based on Maureen Orth’s true-crime tale “Vulgar Favors,” the series seemed like typical Murphy fare at first glance: an Oscar winner in a campy role (Penélope Cruz as Donatella Versace), the flashy backdrop of high fashion and plenty of male flesh parading on screen as the series looked at the tense politics of sexuality in America.

But by the end of its nine episodes, viewers got an unexpected education in killer Andrew Cunanan and the factors that led him to slay five people while evading a three-month manhunt. Instead of runway shows and Naomi Campbell cameos, writer Tom Rob Smith (BBC’s “London Spy”) introduced us to the unfortunate men drawn to Cunanan. And he did so in reverse, opening with his most famous victim and backing us through the previous crimes. 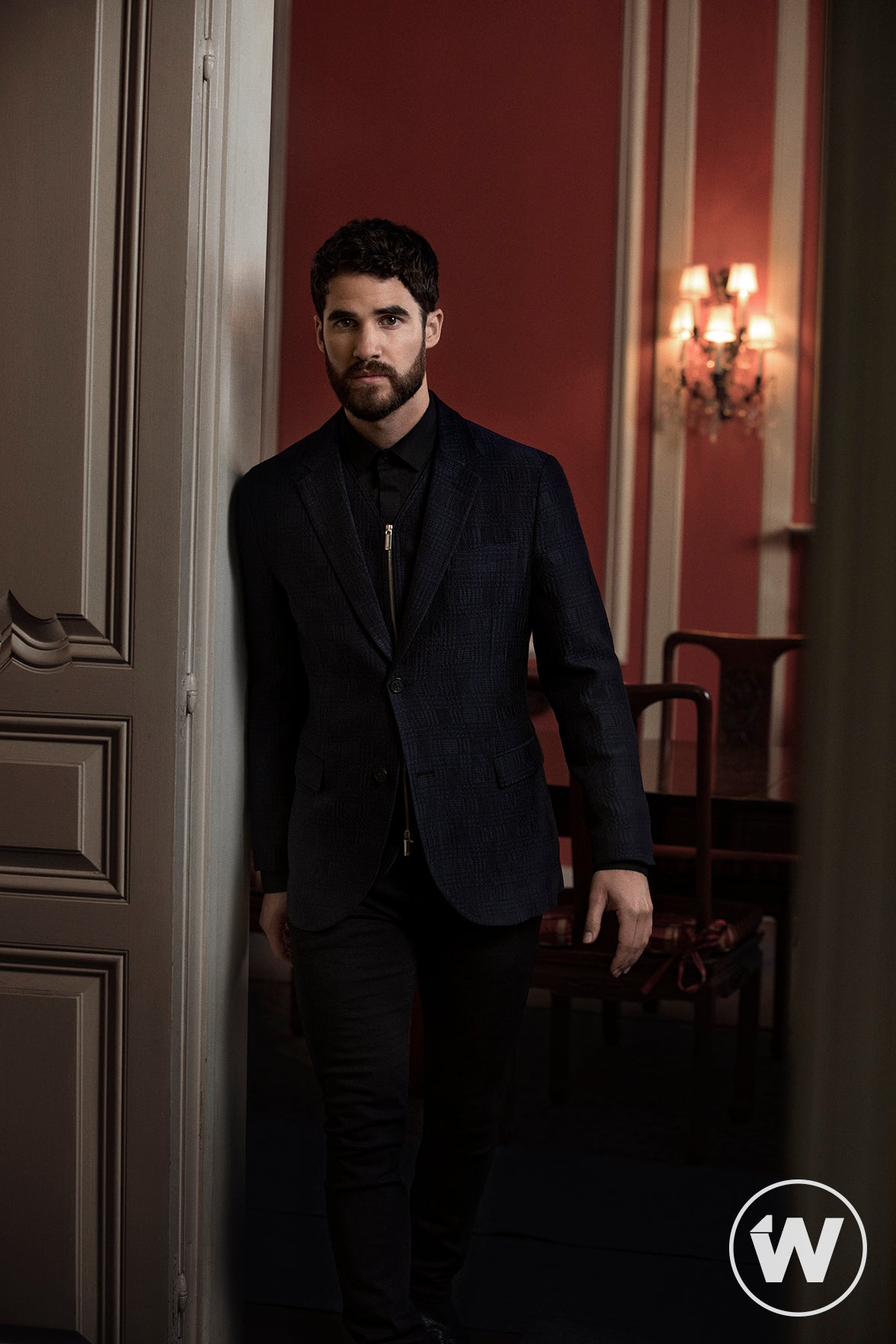 We meet sugar daddies, repressed soldiers, closeted gay men shut out by immediate family — all of them entwined with a pathological liar who morphed into a new version of Andrew (or any of his numerous aliases) by the minute.

“Maureen does an excellent job talking about this in her book, how everything that happened was a perfect storm of so many unfortunate things,” said Darren Criss, who plays Cunanan.

Andrew was a popular and bright young Filipino-American, known for his habitual lies as early as high school in La Jolla on the California coast — where he grew up in a family that had been abandoned by a father escaping embezzlement charges. A failed history major at the University of California at San Diego, he migrated to San Francisco, where the series sees him lying about gigs building sets for James Cameron’s “Titanic” in Mexico or crafting for the local opera house.

In reality, he was an escort and companion to wealthy older men. He also occasionally sold drugs (and would eventually become his own best customer) and desperately sought a romantic, non-transactional love with partners closer to his own age and desired status.

Also Read: 'American Crime Story': Here's What Andrew Cunanan Did in Miami That Wasn't on the Show 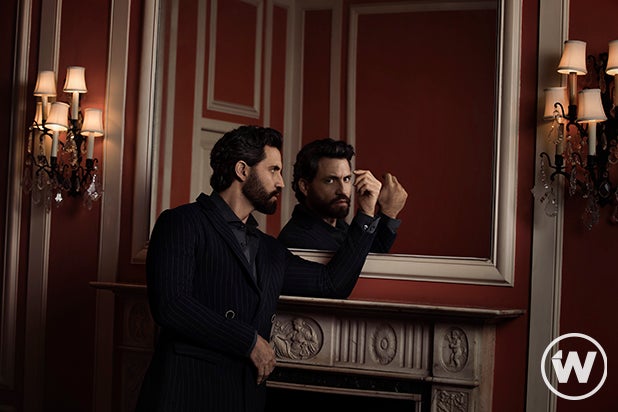 “His socioeconomic background, his psychosis, his family, all of it [conspired] against him,” Criss said. “He was charming, good-looking, erudite enough to have full access to the other part of that culture — wealth, glamour — but he still had his foot in where he was from.”

Murphy had previously worked with Criss on “Glee,” a high school jukebox musical that swept the nation and elevated the young actor to stardom. The most memorable image of that phase of Criss’ career is probably his “Glee” character decked out in a navy blue private-school blazer with red piping, handsome and shining and belting out Katy Perry’s “Teenage Dream.”

But Criss and Murphy had long been planning something very different; they began discussing “the Cunanan story,” as Criss called it, for almost four years before cameras rolled.

“If one of the things ‘People v. O.J.’ focused on was race and national identity, similarly this is focusing on homophobia and what that means for gay identity,” Criss said. “The tip of the iceberg is that Gianni was very famous. But he’s famous to metropolitan and coastal-elite types who have access to culture and fashion. A lot of people that I know even in entertainment say, ‘I had no idea [Cunanan] killed these other people.'”

Cunanan’s spree began in Minnesota, where he was visiting his ex-lover David Madsen (Cody Fern) and their mutual friend Jeff Trail (Finn Wittrock). Both men had grown exhausted with Cunanan’s tall tales and noticed erratic behavior after his split with a generous older boyfriend. They made a pact to cut ties after a weekend visit from their fast-talking friend — but Cunanan snapped and beat Trail to death as Madsen watched.

The killer fled with Madsen as a hostage, then killed him and headed to Chicago to call on a former older lover: Lee Miglin (Mike Farrell), a highly respected entrepreneur and husband of perfumer and businesswoman Marilyn Miglin(played by Judith Light in a brief but haunting turn).

Cunanan dialed up the terror by duct-taping Lee Miglin’s face, hands and feet before stabbing him to death with a screwdriver and making off with one of the family cars.

“Had people taken [his sexuality] seriously, and the culture and the world had not shoved this young man into the closet — if the world was in a different space in time, this may never have happened,” said Light, whose Marilyn not only discovers the crime scene but was also left with the revelation that her husband paid Cunanan for sex and effectively lived a separate life outside their marriage. She doesn’t waver in her grief and humiliation, appearing on television to sell her wares and refusing to flee the city despite Cunanan being at large. 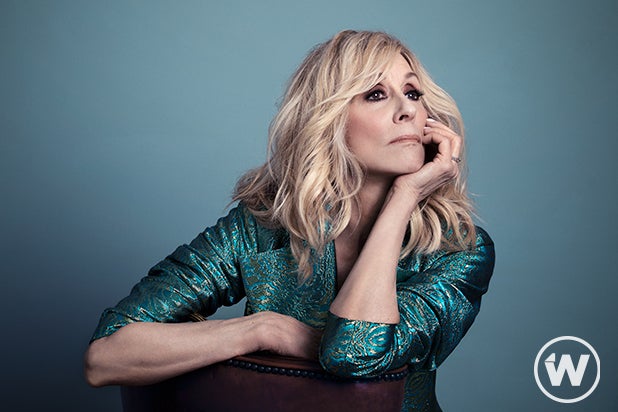 Light was drawn to the couple’s story. “They had a great love and support for each other, for the work that they were doing individually and together,” she said. “And for their community in Chicago. There is a street named Miglin Way.”

And while Marilyn Miglin remains in Chicago in the perfume business, Light did not reach out to her in preparing the character. “This is a painful part of her life,” she said. “To make anything more of it, or to ask for anything from her, I felt would have been incredibly inappropriate.”

In the series’ depiction of the two months in which Cunanan hid from the authorities, shooting heroin and consorting with junkies and a community of gay Miami men ravaged by AIDS, there is no music. It’s a damp and dirty spiral into madness, and Criss nails the transformation.

“I know this is a proving ground for me,” he said. “Darkness does not a great character make, and we’re only as good as the moments we get. I believe Andrew was a bunch of different people. I meet acquaintances of his all the time, and the part that people would be surprised to hear is that the majority of stories about him are positive. They’re taking about a child, not a homicidal person on the lam.”

Of course, stories that explore the motives of killers can raise concerns that the filmmakers are taking the side of bad people. “When we’re trying to humanize somebody, it doesn’t mean we’re letting them off the hook,” Criss said. “Not only as an actor, but as a storyteller, it’s the stuff you wake up in the morning for.”

In the same way, the Venezuelan actor Édgar Ramírez said he tried to avoid parody at all costs in his portrayal of Versace, the man he called “an emperor.” “It’s not a photograph, it’s a painting,” he said. “It can’t be a photograph because otherwise it would fall into the category of imitation and impersonation. That’s flat. That’s not alive.”

He and Cruz as Donatella Versace imbue he brother-sister unit with a dignity that was not afforded them at the time. Donatella was (and still is) retreating from the media and searching for her own place out of Gianni’s long shadow. Her effectiveness as an entrepreneur in rescuing the House of Versace after Gianni’s death cannot be overstated.

(The average American is more likely to associate the designer with Maya Rudolph’s “SNL” impersonation, chain-smoking and hurling cell phones across the room, than with her prowess in stabilizing a shaken empire.)

Ramírez, who broke out playing Carlos the Jackal in an award-winning 2010 biopic “Carlos,” said he spoke to several of Gianni’s living confidantes to prepare for the role. But Donatella herself did not cooperate with the filmmakers and slammed Orth’s book before the show premiered.

Murphy’s fellow producers Brad Simpson and Nina Jacobson told TheWrap earlier this year that they abided by her one request of them, which was to exclude her children from the narrative. 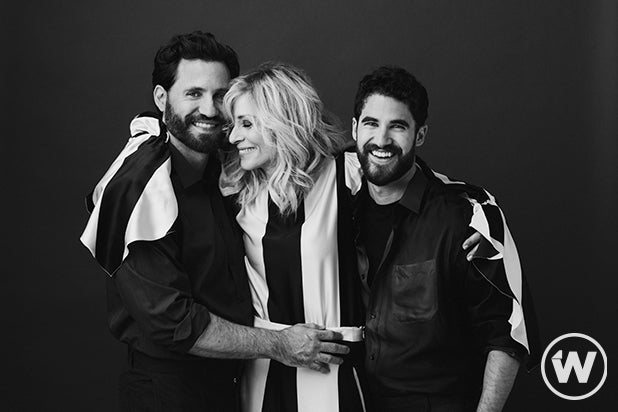 “Whatever they created was inevitable and related to who they were, their memories and their experiences,” Ramírez said of the siblings. “There was no difference between personal life and professional life.”

His Versace is a man obsessed, sketching into the night as his lover Antonio D’Amico (Ricky Martin) romps with a muscle boy on the four-poster bed in their now-infamous mansion. Still, the role contained landmines, including conflicting accounts of Versace’s life: In the show, Gianni suffers a grave and unnamed illness, which the Versace family vehemently denied was AIDS-related.

“There are a lot of contradicting accounts over whether he was HIV positive or not,” said Ramírez. “In the end, we decided to leave it open, because there’s no conclusive answer. Which, also, is pretty self-explanatory about the stigma then. That’s a statement in and of itself.”

Gianni’s passion and uncompromising creativity were always out of reach for Cunanan. When he shot himself in the head eight days after killing Versace, Cunanan became the final victim in a lose-lose tragedy that took half a dozen lives.

And for Judith Light, the most chilling thing about “The Assassination of Gianni Versace” is how preventable the events it depicts were. “This murder didn’t have to happen,” she said. “None of them did.”

Stars stop by StudioWrap for an interview and photos session