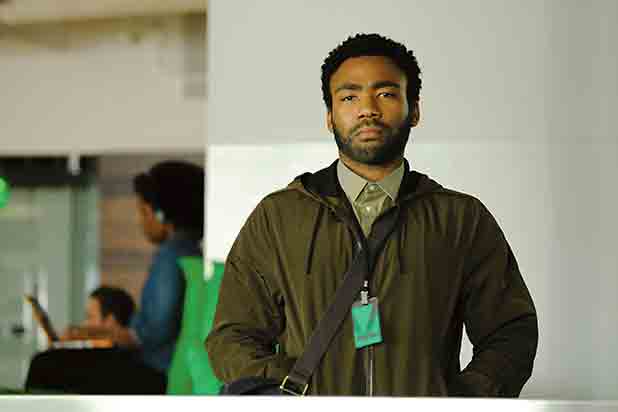 A version of this story about “Atlanta” first appeared in the Down to the Wire issue of TheWrap’s Emmy magazine.

The second season of the Emmy-nominated FX show “Atlanta,” which was dubbed “Robbin’ Season,” features an alligator, a gothic horror encounter with a Michael Jackson look-a-like, a spiritual journey through the woods and a drunken foot race with Michael Vick.

And yet somehow, the show’s creators think this season is a little less weird and experimental than its first.

“We knew we didn’t want to do it exactly the same way. I think by doing it with a more linear type of story line, that will subvert our weirdness a little bit,” executive producer Stephen Glover told TheWrap. “Our weirdness is still there. It was just us trying to find new ways to just be weird.”

Also Read: How 'Atlanta' and 'This Is America' Director Hiro Murai Mashes Up Comedy and Horror

If the first season of “Atlanta” was their “grand experiment,” as executive producer Hiro Murai described to TheWrap, then “Robbin’ Season” was their way of showing a bit more restraint.

“For us it showed that it could be as freewheeling and experimental as it is, but also stick the landing and have a cohesive five-and-a-half-hour season,” Murai said.

That still allowed for episodes like “Teddy Perkins,” “Woods” or “FUBU,” a deeply personal episode for both Donald and Stephen Glover that flashes back to Al and Ern as kids. But if the first season was designed to let people know what it felt like to be black, Glover says Season 2 was a way for audiences to know what it was like to live in Atlanta.

“We all kind of understand the idea that middle school is hard,” Glover said. “But I think what we realized is you never really get to see it from a perspective of like, it’s kill or be killed. And that shapes you for the rest of your life.”

But it also meant no more fake commercials or sketches as in the first season’s “B.A.N.,” which replicated a more traditionally white Sunday-morning talk show with black stories. Instead, the writers’ room opted for a show where anything could happen, but the characters remain grounded in real world consequences.

“We have an invisible car in the first season, we have an alligator, but at the same time our characters are going through real things,” Stephen Glover said. “It’s a real city of Atlanta. They’re really black. There’s really problems that are going on. So we try to keep some of the things grounded in a certain way, and that gives us the freedom to do whatever we want.”

Part of the reason for the shift was the expectations that were now saddled on the show. After being critically acclaimed and winning two Emmys last year, “Atlanta” is now one of the shows with a real shot at the Outstanding Comedy Series Emmy that is up for grabs now that defending champion “Veep” is ineligible this year.

“We’re not the new kids on the block anymore,” Glover said. “How do we give people more of that? How do we up the ante while at the same time still being experimental and new without rehashing things that people expected?”

Of course, more changed for the show between seasons than just expectations. Donald Trump was also elected President.

“We knew people were going to be like, ‘What does “Atlanta” have to say about Trump?'” Glover said.

But instead of changing the show, the writers chose to look at how the city of Atlanta illustrates why Trump became president.

There was always crime during Robbin’ Season. There were always people who flashed guns. And in the season’s penultimate episode, there was a frat house with a massive Confederate flag hanging in the living room, filled with guys who love rappers like Paper Boi. For the poor black people who live in Atlanta, Glover said, little has changed.

“The racist moments you see happen in the show aren’t because Donald Trump is president,” Glover said. “There was racism here before Donald Trump. Those are the people who voted for him, but they existed before he was a thing.”

Beyond that, the show’s star has also exploded as his show became a popular success and Emmy favorite. Donald Glover released the internet-smashing video for “This is America” under his stage persona, Childish Gambino, and he also starred in this summer’s “Solo: A Star Wars Story” as a young Lando Calrissian.

So where does “Atlanta” go from here? Glover and Murai have taken to comparing each season of “Atlanta” to Kanye West albums. And fittingly, that would make Season 3 their “Graduation,” the album where Kanye found his biggest hits and yet tapped into a surprising amount of depth.

“It’s the stadium tour. It’s the pop one,” Glover said. “It’s the one that solidifies us as superstars.”