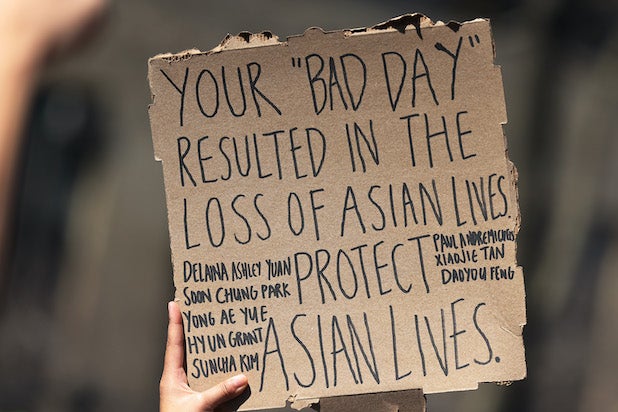 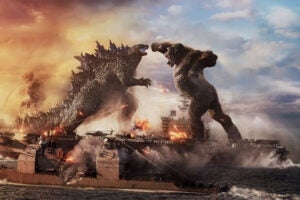 Why Warner Bros. Is Key to Box Office Recovery Despite Streaming Films on HBO Max

There’s No Evidence Atlanta Spa Victims Were Sex Workers – So Why Is That Part of the Narrative?

”The bar for covering Asian Americans is so much lower because reporting is so non-existent,“ Yale professor Grace Kao says

One week after the tragic mass murder of eight people at three spas outside Atlanta, including six Asian women, the authorities and the media are still struggling to unpack the racial and sexual components of the crime.

While there is no evidence that any of the victims engaged in sex work, experts note that media coverage after the mass murder has explored the prevalence of sex workers in Atlanta, in massage parlors and in general – entangling these victims in a larger narrative at the intersection of racial, class and gender-based biases.

“The conversation about these victims being sex workers really indicates to me the broader problem of the conversation being shaped by the [suspected] killer,” Melissa Borja, an assistant professor at the University of Michigan and affiliated researcher with the Stop AAPI Hate Reporting Center, told TheWrap. “The police amplifying his message played a role here. I think that they chose to advance a narrative in the press conference that has real consequences.”

Indeed, Cherokee County sheriff’s officials initially downplayed race as a potential motive for the suspected killer, Robert Aaron Long, and relayed the 21-year-old’s statement that he had a sexual addiction that conflicted with his evangelical Christian beliefs. (Sheriff’s Captain Jay Baker also came under fire for saying Long, who is white, had “a really bad day.”)

But activists and academics criticized how emphasizing the suspect’s skewed view of his criminal actions also amplified false and damaging stereotypes that hypersexualize Asian women — both in society and in the entertainment media.

“Media coverage that examines the racist or sexist motivations of the killings as independent of each other fail to grasp the deeply connected histories of racialized violence and paternalistic rescue complexes that inform the violence experienced by Asian massage workers,” Red Canary Song, an advocacy organization for Asian Sex Workers, said in a lengthy statement last week. “The women who were killed faced specific racialized gendered violence for being Asian women and massage workers. Whether or not they were actually sex workers or self-identified under that label, we know that as massage workers, they were subjected to sexualized violence stemming from the hatred of sex workers, Asian women, working class people, and immigrants.”

One problem for journalists reporting on the case is just how little experience many have covering the Asian American experience. “The bar for covering Asian Americans is so much lower because reporting is so nonexistent,” Grace Kao, professor of sociology and ethnicity at Yale, told TheWrap. “We’re so used to not being talked to or talked about when it comes to anything. I’ve gotten more calls for interviews in the past week than I have in years. So many Asian American academics, particularly female ones, have suddenly been inundated with media requests.”

Borja said that American media coverage of Asian Americans and Asian immigrants tends to “overemphasize the upward mobility” of a select portion of the population, reinforcing what’s known as “the model minority” narrative and erasing the stories of lower-wage workers. “It’s amazing to me anytime anyone covers Asian Americans, period,” she said. “So invisibility, I think, is the biggest issue.”

When it comes to reporting on anti-Asian violence, Kao said reporters should be mindful of the specific differences that separate those crimes from ones inflicted against people of other ethnicities.

“Think about the specific stereotypes Asian-Americans have to face, particularly how our citizenship is so often called into question,” she said. “Whenever there’s a headline about some conflict with an Asian country overseas, particularly today with China, there’s this suspicion leveled against Asian people of many other backgrounds. I’m married to a Canadian immigrant who’s white, and he’s never faced the kind of questions about his citizenship that I’ve faced even though I was his sponsor. We’re viewed as foreigners and have been throughout the history of this country.”

Here is a closer look at those who died or were injured in the Atlanta shootings. 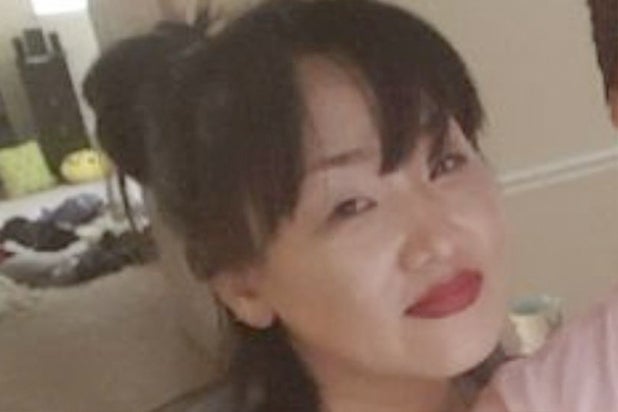 •  Hyun Jung Grant was a 51-year-old single mother raising two young sons, Ricky and Eric. “This is something that should never happen to anyone,” they wrote in a GoFundMe campaign, adding that they only have each other in the U.S., that the rest of their family is in Korea.

“She was one of my best friends and the strongest influence on who we are today. Losing her has put a new lens on my eyes on the amount of hate that exists in our world,” they wrote. More than 71,000 people have donated more than $2.8 million to the GoFundMe — and the total is still climbing. “My mother can rest easy knowing I have the support of the world with me,” one of the brothers wrote in an update.

•  Xiaojie Tan was the 49-year-old owner and manager of the Young’s Asian Massage and a licensed massage therapist. She was known as a hard worker, sometimes putting in 12-hour days, six days a week so she could send money to help her elderly parents in China, her husband, Gary, told local news outlet 11 Alive.

When Tan heard the gunman shooting, she told her massage client, Marcus Lyon, to not move. As he dove to the floor and covered himself with the massage bed, Tan opened the door and was shot in the head. “I felt like she kind of saved my life,” Lyon said.

•  Paul Andre Michels, an Army veteran who owned a security installation business, was fatally shot at Young’s Asian Massage. He was 54. “From what I understand, he was at the spa that day doing some work for them,” Michels’ younger brother, John Michels, told the Associated Pres. He also said that his brother might have been talking with management at the time because he was thinking about opening a spa himself.

“He was a good, hard-working man who would do what he could do to help people,” John Michels said of his brother. “He’d loan you money if you needed it sometimes. You never went away from his place hungry.” Michels leaves behind his wife of 30 years, Bonnie. A co-worker of hers has sent up a GoFundMe campaign in his honor. 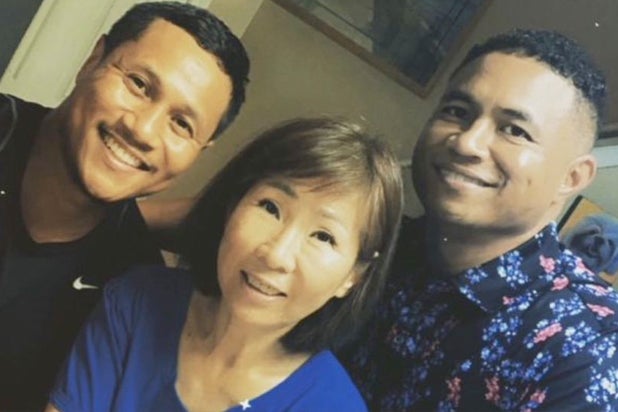 Yong Ae Yue with her sons (Courtesy of family GoFundMe)

•  Yong Yue was a Korean-born American citizen, “…an amazing woman who loved to introduce our family and friends to her home-cooked Korean food and Korean karaoke,” her youngest son said in a memorial on GoFundMe that has raised $130,000 so far.

“The world will throw you trials and tribulations to test you, but this test feels so unfair,” he wrote. “We are still in shock over the violent murder of our mother, but through our grieving we are making plans to memorialize her, bring our family together.”

•  Delaina Ashley Yaun and her husband were first-time customers at Young’s Asian Massage Parlor, there to relax and unwind. They were put in separate rooms. He could hear the gunfire outside his room. He escaped without harm. His wife was killed.

“He’s taking it hard,” Yuan’s sister, Dana Toole, told the AP. “When you’re in a room and gunshots are flying, what do you do?” A relative called Yaun “the rock for this family.”

Yaun raised a 13-year-old son as a single mother and had an 8-month-old daughter. She was the youngest of the victims at 33. 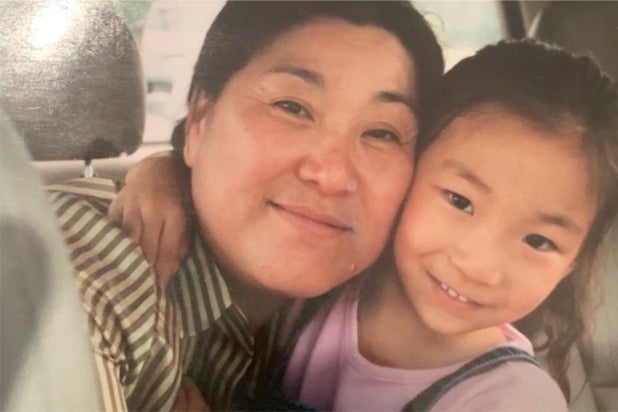 Suncha Kim with her daughter (Courtesy of family GoFundMe)

•  Sun Cha Kim was a 69-year-old migrant from South Korean and a grandmother of three, who described her as “an angel” who was taken from them “in a horrific manner.”

“As an immigrant, all my grandmother ever wanted in life was to grow old with my grandfather, and watch her children and grandchildren live the life she never got to live,” her family wrote on her GoFundMe page. “She was pure hearted and the most selfless woman I knew. She represented everything I wanted to be as a woman, without an ounce of hate or bitterness in her heart. People that were close to me, knew that my grandmother was my rock. To have her taken away as a perfectly healthy elderly woman by such a heinous crime broke my heart.”

So far, they’ve received more than $180,000 in donations. “It brings tears to our eyes that you are all standing with us and our beloved halmoni, mother, and wife,” Kim’s family wrote.

•  Soon Chung Park was the eldest of those killed at 74 and worked Gold’s Spa with Kim and Grant. Shortly before the gunman opened fire, Park’s husband received a text from one of his wife’s coworkers, saying that they were being robbed and to “send police,” according to The Daily Beast. Several minutes later the employee said that the intruder was firing “blank shots.”

When he arrives at the scene, police were already there and that same employee told him, “I think your wife fainted.” When he approached her on the floor and saw blood around her mouth, he thought it was because she had fallen. He expected to revive her – then he realized she wasn’t breathing.

•  Daoyou Feng had only worked at Young’s Asian Massage for a few months before she was killed, a customer told the New York Times. She was 44. 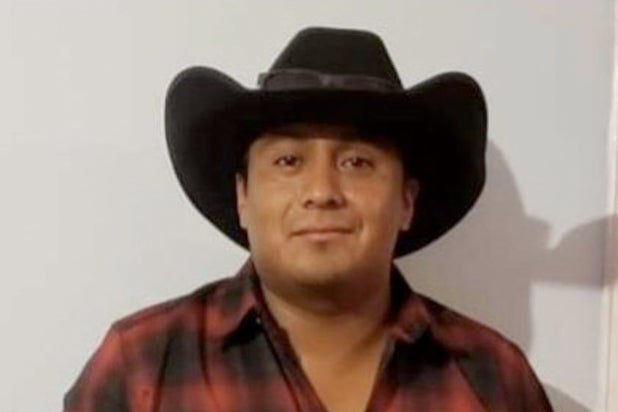 •  Elcias Hernandez Ortiz was caught in the middle of the gunfire while walking past the place of business. Although multiple bullets hit him, he was the only survivor of the three attacks. “He is at the hospital in intensive care,” his wife Flora Gonzalez Gomez wrote in a GoFundMe post. “He was shot in the forehead down to his lungs and into his stomach. He will be needing facial surgery. Please help me and my family raise money to cover for my husband’s medical bills. Please pray for my family and the family’s that were affected by this shooting. Anything will greatly help our family.”