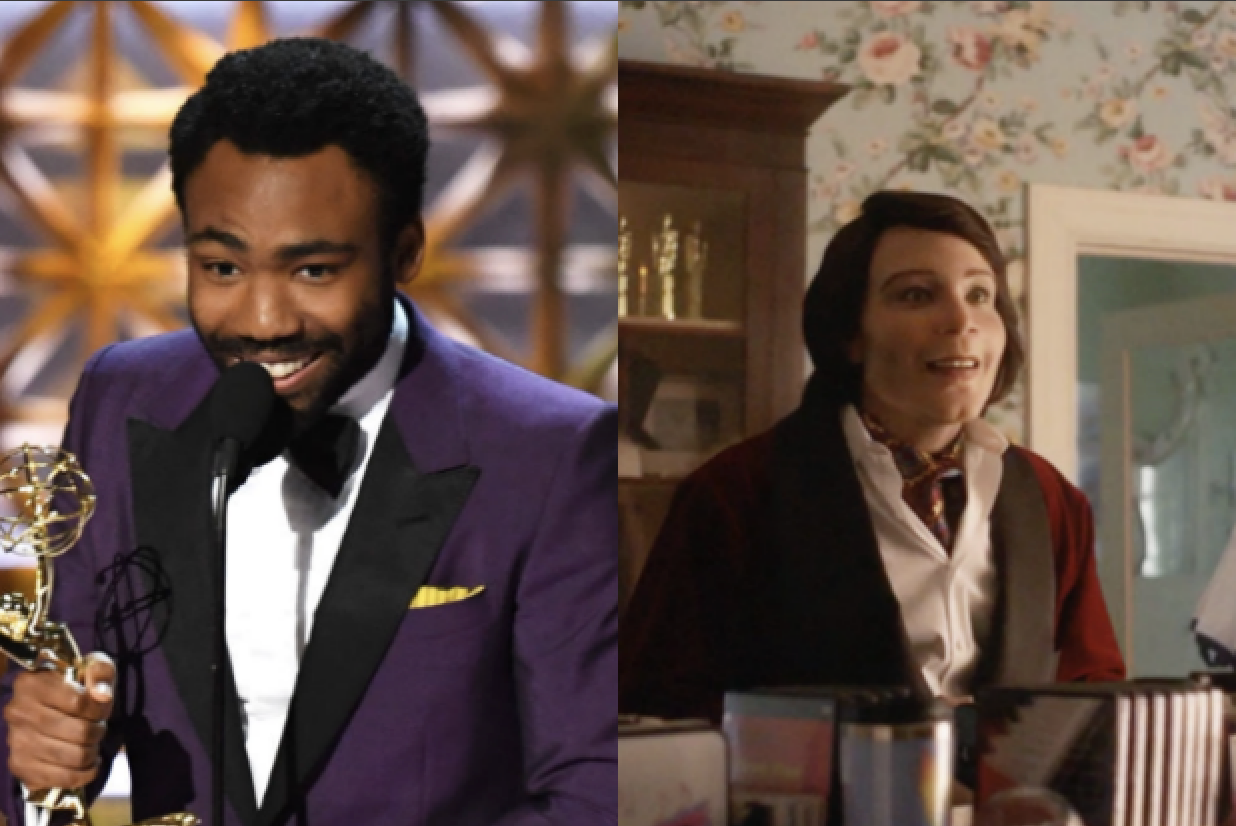 “Atlanta” is full of surprises, but Thursday’s episode delivered the biggest: Creator and star Donald Glover, in whiteface, played a character who bore an eerie resemblance to Michael Jackson.

Glover isn’t credited with playing the Jackson-like character, a sad, high-voiced musician named Teddy Perkins who lives in almost total isolation. In fact, Teddy is listed in the credits as playing himself.

But fans and critics quickly figured out what was going on. Vulture’s Matt Zoller Seitz said Perkins was “almost certainly played by Donald Glover in prosthetic whiteface,” and a New York Times recap said Perkins “seems to be Donald Glover beneath the unsettling prosthetic makeup and blue contact lenses.”

It was probably the weirdest thing ever to happen on “Atlanta,” a show that once featured an invisible car. FX, which airs it, kept details of the episode secret ahead of time, and presented it without commercials.

During the episode, Teddy’s pale skin is speculated upon, but never explicitly explained. We see photos from the past that indicate he is African-American, though he now appears white. At one point he references “a rare skin condition.” (Jackson famously told Oprah Winfrey he had vitiligo, “a skin disorder that destroys the pigmentation of the skin. It’s something that I cannot help.”)

How to portray Jackson onscreen has been a dicey subject before: Last year, the British series “Urban Myths” bailed on plans for white actor Joseph Fiennes to play the King of Pop.

“Atlanta” made a point of  clarifying that Teddy Perkins wasn’t supposed to be Michael Jackson. At one point in the episode, he talks about his father and Jackson family patriarch Joe Jackson. That established for viewers that Perkins and Jackson exist in the same reality — but not the same family.

But the parallels between Teddy Perkins and Michael Jackson are impossible to ignore: They resemble each other, down to their pale skin and chin clefts, share other specific similarities involving Dionne Warwich and ostriches.

The writer-actor-producer, who plays Lando Calrissian in next month’s “Solo: A Star Wars Story,” has done nothing to avoid attention lately. Last week, he posted a “Deadpool” script after FX scuttled a planned animated series about the Marvel Comics mercenary that he had been planning with his brother, “Atlanta” writer Stephen Glover.

In the script, he had Deadpool wondering aloud if FX bailed on the project because of racism, and surmised that Jennifer Lawrence bit Beyonce at a party last year. (Lawrence and many others denied being the mystery actress whom Tiffany Haddish reported seeing bite Beyonce.)

Here are a few reactions to Teddy Perkins:

Who knew Donald Glover in whiteface could be so scary #AtlantaFx pic.twitter.com/QqF2i17C6U

I did NOT expect whiteface Donald Glover when I went to the homepage today! AHHHHHH!!!! https://t.co/qFhh1giuoA

Donald Glover out here looking like Cat in the Hat #AtlantaFX pic.twitter.com/afj2Eqiy6w