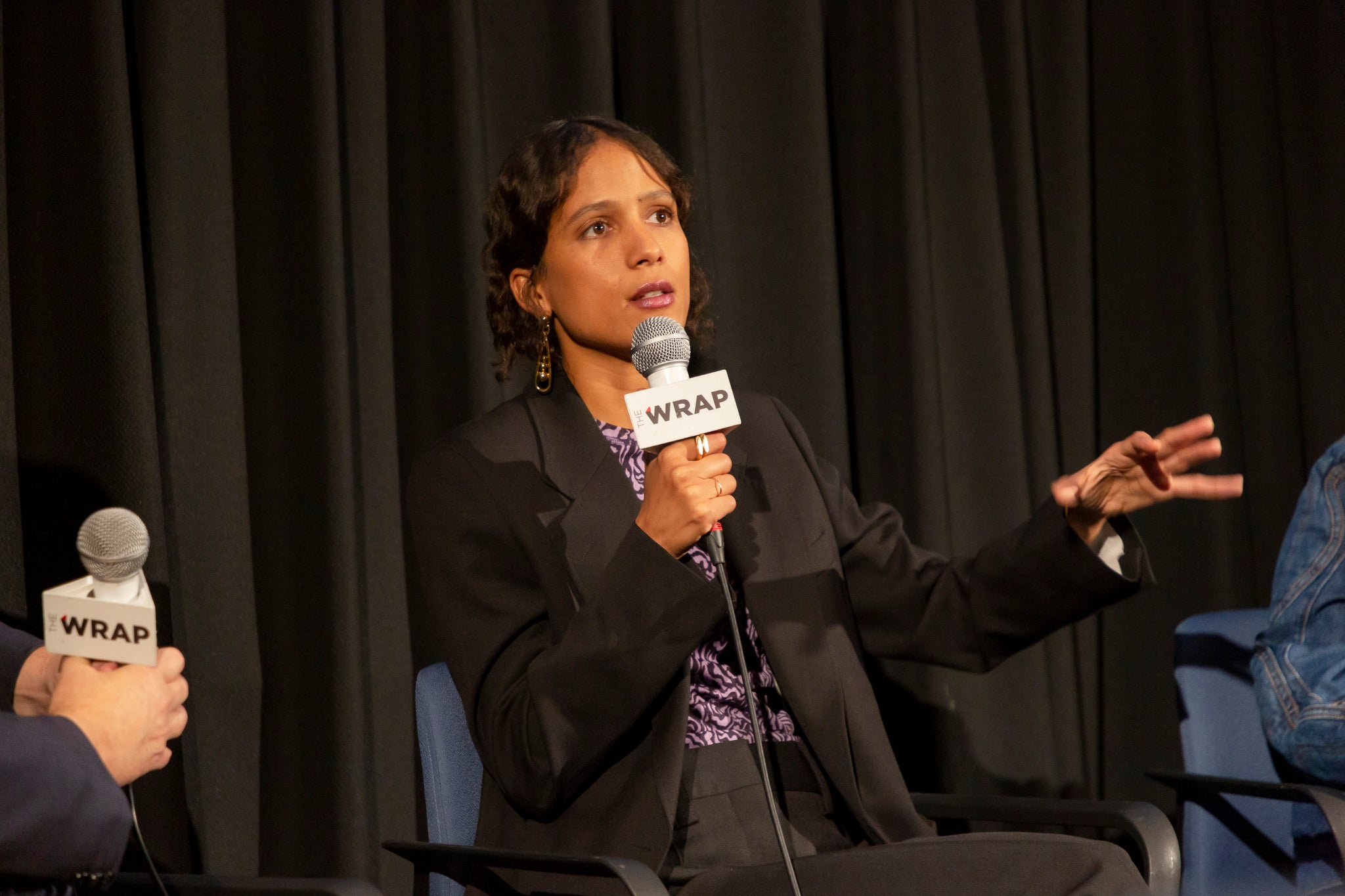 French-Senegalese filmmaker Mati Diop’s first film was a documentary short about the African men who made the dangerous sea crossing to Spain. “Atlantiques” made the rounds of international film festivals and established Diop as a director when it debuted in 2009, but the subject matter never left her. She felt she had to return to it for her first feature film, the similarly-named “Atlantics,” without the narrative constraints of the documentary genre — so she turned to the supernatural.

“Migration was a theme that was both so personal to me and the only thing that I thought was worth spending years to talk about,” said Diop, discussing the 2019 film as part of TheWrap’s Awards and Foreign Screening Series on Tuesday night. “I think that the youth who lost their lives while trying to reach Spain really haunted me.”

“Atlantics,” which was awarded the Grand Prix at the 2019 Cannes Film Festival, takes Diop’s sense of hauntedness literally, showing the ghosts of disappeared migrants back on the streets of Dakar.

The magical realist love story focuses on Ada (Mama Sané), a 17-year-old girl who grieves for her secret lover Souleiman (Ibrahima Traoré) while trying to maintain an arranged marriage to another man. Souleiman was part of a construction crew that disappeared at sea one night in search of a better life abroad. When the aggrieved workers come back as possessive spirits seeking retribution for their unpaid labor, Souleiman returns to see Ada one last time.

“I decided that this film about lost youth had to be a ghost film,” Diop told TheWrap at the Landmark Theatres in Los Angeles. But despite portraying death as a central theme, she felt it was important “to tell the story of the lost, disappeared youth through the perspective of the living…I wanted to talk about the odyssey of Penelope, not of Ulysses.”

Diop found a key collaborator in electronic composer Fatima Al Qadiri, who wrote her first film score for “Atlantics.” Al Qadiri was born in Senegal and grew up in Kuwait, and said she felt an instant connection to the project. “I knew that the themes she was tackling were my territory,” said Al Qadiri at the screening.

Last month, “Atlantics” was selected by Senegal as the country’s submission for Best International Feature Film Oscar consideration. If nominated, it will be the first Senegalese film to compete for the award. Diop, who grew up in Paris, sees the film as a piece of African representation that she never saw as a young person in the West.

“I missed a lot of black characters and representations in cinema…I wanted to make the films that I thought were missing out there,” said Diop. The fantastical elements of the film were a key aspect of this representation.

“That was very important to me, to really push the fiction very high because Africa has been really imprisoned in documentary, reportage and TV, in everything but romance and fiction,” said Diop.

Netflix acquired the film at Cannes, and will release it in select theaters on Nov. 15 and on the streaming service on Nov. 29.