This review of “Attica” was first published on September 9 after the film’s premiere at the Toronto Film Festival.

Time can be both one of the greatest gifts to uncovering the truth as well as one of its greatest hindrances. Fortunately for “Attica” — the latest from celebrated documentarian Stanley Nelson (“The Black Panthers: Vanguard of the Revolution,” “Miles Davis: Birth of the Cool”) — the former is at play. Examining the notorious prison uprising 50 years ago, “Attica” does more than chronicle the events surrounding the events of September 1971: It also sets the record straight.

“The majority of people who hear the word ‘Attica’ don’t know what it relates to, or if they’ve heard about the prison rebellion, they don’t understand why it happened,” says Nelson, in the film’s press notes. “They don’t know why the prisoners took over the prison.”

To explain that “why,” the three-time Emmy winner, once again collaborating with producer Traci Curry (“30 for 30: Michael Vick”), turns the narrative over to the people whose story it truly is to tell. There are no historians or other experts, no celebrity narrator, just Attica prisoners, children of prison guards, reporters, lawyers, negotiators, and others directly tied to the events spanning those historic five days. Archival footage, a significant portion of which comes from prison cameras, also bears witness. What unfolds is a bone-chilling account of what is widely regarded as the largest prison rebellion in U.S. history. 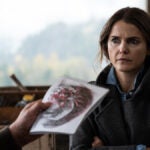 On Sept. 9, 1971, unforeseen events led to the takeover of the Attica Correctional Facility, 250 miles northwest of New York City. Seizing the moment to bring attention to various infringements against their human rights, Attica prisoners also took dozens of guards hostage, but none of this occurred in a vacuum.

“Something always was ready to happen at Attica. The population was tired. Tired of lies, of promises. We were tired,” begins the voiceover as archival footage of the facility, prisoners alone, and prisoners with prison guards streams before the word “ATTICA” appears, signaling “game fully on.”

One-time Attica prisoner George Che Nieves provides that narration. Other former Attica inmates, including Arthur Harrison, Carlos Roche, Lawrence Akil Killebrew, Tyrone Larkins, Daniel Sheppard and David Brosig, join him in telling this story. Sirens accompany their collective first-hand, eyewitness account before the narrative opens to voices like those of lawyer Joe Heath and Dee Quinn Miller, who was a child when her father William Quinn got caught in the crossfire. 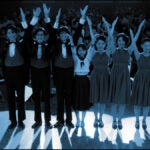 Prior to William Quinn being overtaken and badly injured, prisoners were separated into four sides. Because prison guards and officials controlled the majority of the facility, including the doorways and gates, the rebelling prisoners created a central hub known as “Time Square” in the D-Yard.

As the narrative continues, these men get the rare opportunity to explain their actions, particularly the rationale behind taking hostages. At play was something far greater than a prison takeover — human rights and dignity were at stake, with race and class very much intertwined. It’s hard to miss the racial makeup of the prisoners as opposed to that of the guards, or Russell Oswald, New York commissioner of corrections, and New York Gov. Nelson Rockefeller for that matter. The city of Attica’s largely white population depended on the prison for jobs and the steady pipeline of inmates of color ensured their employment.

Questioning this unfortunate status quo, “Attica” wisely connects the Black Power Movement to this uprising. Footage of activist George Jackson, the San Quentin inmate who raised his voice to address racial injustice and inhumane treatment of Black prisoners, is especially effective. Because Jackson was killed just three weeks prior to the uprising at Attica, the environment was especially tense, but the risks were worthwhile. 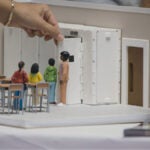 As those at Attica attempted to negotiate peacefully and democratically, their insistence upon outside observers and the presence of Black media representatives (including “Amsterdam News” publisher Clarence B. Jones and ABC News’s John Johnson) helped to expose the system’s hypocrisy. By the time “Attica” reaches the still-shocking massacre perpetrated by law enforcement, leaving as many as 40 dead and nearly 90 injured (including some of the film’s interviewees), it is more than clear that today’s ongoing police violence and systemic abuse is no aberration.

“Whatever happened, it just had to make a difference,” says former prisoner James Asbury, recalling the actions he and other Attica inmates took to affirm their humanity. Amid the steady rattle of bullets and images of teargas and human carnage, “Attica” asks us, 50 years after this travesty, if it did or if it could.

“Attica” opens in U.S. theaters on October 29 before premiering on Showtime.