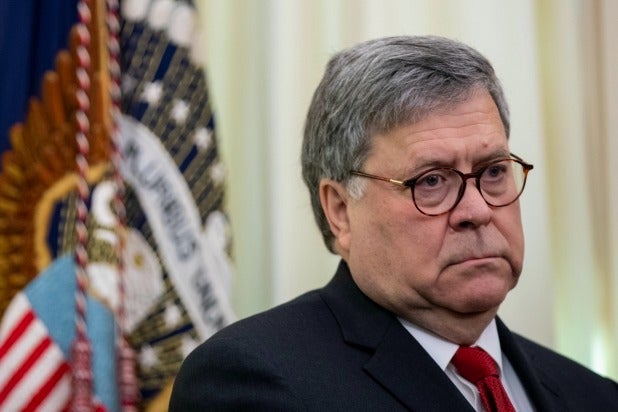 The exit comes after he said last week that the Department of Justice found no evidence of the widespread voter fraud Trump baselessly claimed took place during the 2020 election.

“Just had a very nice meeting with Attorney General Bill Barr at the White House. Our relationship has been a very good one, he has done an outstanding job! As per letter, Bill will be leaving just before Christmas to spend the holidays with his family,” tweeted Trump, who has yet to concede the election to President-elect Joe Biden.

Trump included a copy of Barr’s resignation letter, which said, “I appreciate the opportunity to update you this afternoon on the Department’s review of voter fraud allegations in the 2020 election and how these allegations will continue to be pursued. At a time when the country is so deeply divided, it is incumbent on all levels of government, and all agencies acting within their purview, to all we can to assure the integrity of elections and promote public confidence in the outcome.”

Barr didn’t inspire a lot of “confidence” in some of Trump’s staunchest supporters when he declared last week that the DOJ hadn’t found proof of voter fraud.

On Saturday, Jeanine Pirro began her Fox News show by going after Barr, hinting that he is somehow supporter of Biden’s, despite that fact that Barr has openly served Trump’s agenda until now. The turn against Trump’s attorney general didn’t start with Pirro, of course. Trump himself reportedly floated the idea of firing Barr last week.