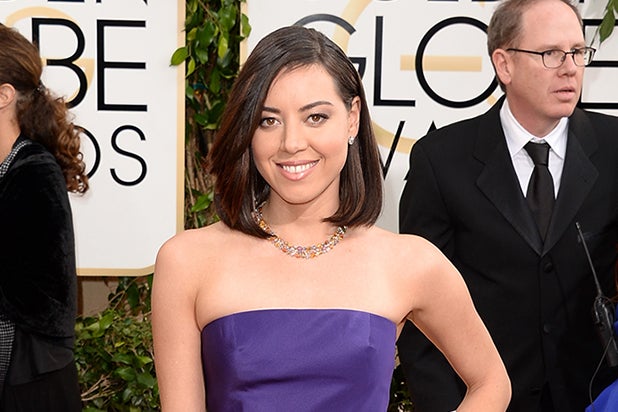 Aubrey Plaza joined the cast of “Dirty Grandpa” as Robert De Niro‘s love interest, a spokesperson with knowledge of the production told TheWrap.

As TheWrap exclusively reported in September, De Niro is joined by co-star Zac Efron in the Dan Mazer-directed adult comedy

John Phillips penned the script, which follows a lewd Army veteran (De Niro) who tricks his uptight grandson (Efron) into taking him down to Florida to mingle with party-crazed college kids on Spring Break. Plaza is set to play Lenore, a spellbinding wild child and the romantic lead opposite De Niro.

The actress is best known for starring alongside Amy Poehler on over 100 episodes of NBC’s “Parks and Recreation,” which returns for its final season on Jan. 13. But Plaza has carved out a career on the big screen, too, including a starring role in Colin Trevorrow’s “Safety Not Guaranteed.” She’s no stranger to raunchy comedies, either, having starred as a sex-deprived college coed in Maggie Carey’s “The To Do List.” Most recently, Plaza starred on Lifetime’s TV movie “Grumpy Cat’s Worst Christmas Ever.”