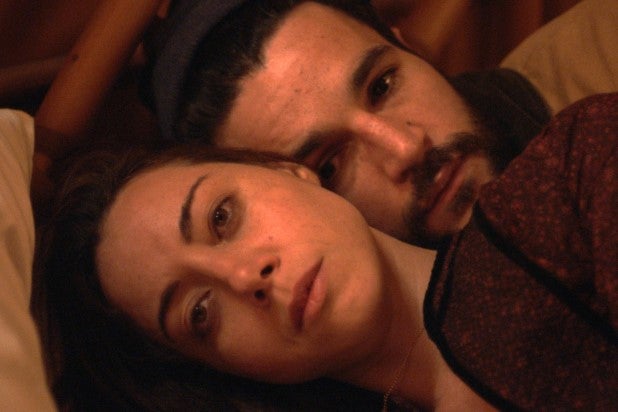 Domestic rights for the buzzy Sundance title “Black Bear” starring Aubrey Plaza has been acquired by Momentum Pictures, the company announced on Tuesday.

Written and directed by Lawrence Michael Levine, the film premiered at Sundance 2020 to critical acclaim in the NEXT section. Along with Plaza, Christopher Abbott and Sarah Gadon star in the suspenseful meta-drama about an expecting couple confronted with an out-of-town guest. Suffering from writer’s block, the guest seeks solace in the woods but instead finds herself at the center of a twisted love triangle.

“‘Black Bear’ is such a singular piece of filmmaking. From the first frame we were enthralled by Lawrence’s inventive storytelling,” Dylan Wilcox, SVP  of acquisitions for Momentum Pictures, said in a statement to TheWrap. “The trio of lead actors all give incredible performances, and we’re excited to share it with audiences across the country.”

Earlier this year at the festival, Levine, Plaza and Gadon dropped by TheWrap Studios to talk about the film. Levine said he “experimented with a new technique” while writing his drama.

“Instead of outlining the whole movie and mapping it out very specifically, I meditated and let images come to me and I put those images on cards,” Levine told TheWrap’s Steve Pond at Sundance. “It was a less conscious and more spontaneous writing process. All those twists and things kind of surprised me while I was writing it.”

This is Levine’s fourth feature as writer/director. In 2014, he wrote, directed and starred in “Wild Canaries,” with Sophia Takal, Alia Shawkat and Jason Ritter. It premiered at SXSW and was distributed by IFC Films. He also wrote, directed and starred in “Gabi on the Roof in July” with Sophia Takal, Amy Seimetz and Lena Dunham.

CAA Media Finance negotiated the deal on behalf of the filmmakers. Momentum Pictures will announce release plans for “Black Bear” at a later date.