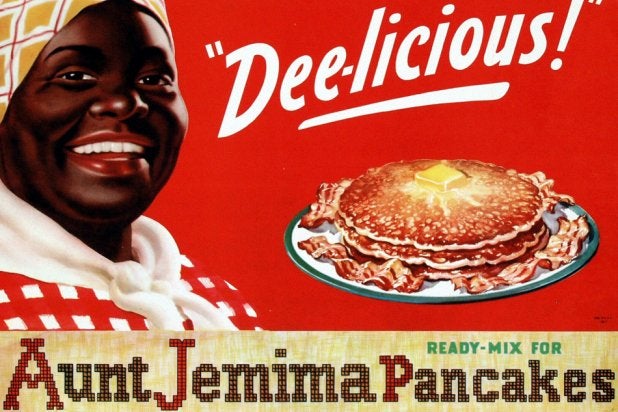 The two companies have been granted a dismissal in a lawsuit brought against them by two men claiming to be the great-grandsons of Anna Short Harrington, who portrayed syrup and pancake figurehead Aunt Jemima.

Dannez W. Hunter and Larnell Evans, Jr. filed suit against PepsiCo, the Quaker Oats Company and others in August, claiming that the defendants had failed to pay royalties to Harrington’s estate and stole Harrington’s pancake formula in an act of “industrial espionage.”

The pair had sought a total of $3 billion, with $1 billion of that in equity stocks.

But an order handed down by U.S. District Judge Edmond E. Chang Wednesday in Chicago flattened those claims like a pancake. Chang granted the defendants’ motion to dismiss, which contended that Hunter and Evans had failed to state a claim.

“Plaintiffs do not allege that they are authorized to act as executors or administrators of  Harrington’s estate, or even that such an estate exists (or ever existed),” Chang wrote. “The only information about Plaintiffs’ connection to Harrington provided by the amended complaint is an account of how Hunter received a photograph (now lost) of Harrington from his grandmother and of Plaintiffs’ attempt to locate Harrington’s grave in Syracuse, New York.”

As TheWrap previously reported, Harrington took on the role of the pre-existing character of Aunt Jemima in 1935. In 1937, the company first registered the trademark for the brand. She was allegedly selected because of her own pancake recipe, which the company recreated for the mass market.

The lawsuit cited Screen Actors Guild residuals and standard policies in the entertainment industry regarding revenue statements, which neither Harrington nor her heirs ever received. It wasn’t until they uncovered in 2013 that Quaker Oats had trademarked Harrington’s likeness and picture in 1937 that the family determined that they were owed royalties. Harrington died in 1955.

But Chang found that the statute of limitations for Hunter and Evans’ claims had long ago expired.