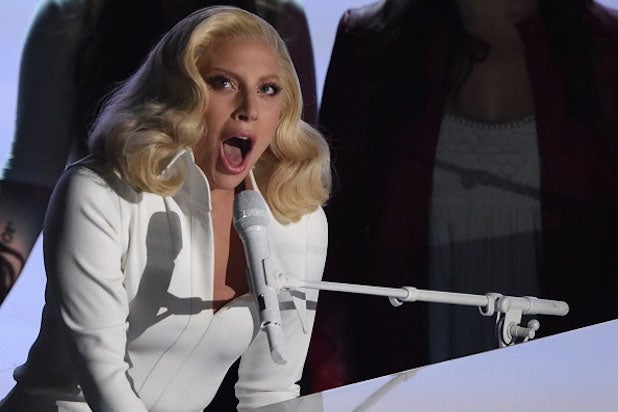 You might want to bundle up a little, Madonna, because Lady Gaga is sending some shade your way.

“Joanne” singer Gaga dissed-not dissed the Material Mom during an interview with Beats 1 Radio’s Zane Lowe this week, insisting that she’s nothing like Madge — because she knows how to play instruments and pens her own tunes.

When Lowe suggested that Gaga might share “a very parallel existence” with Madonna, the “Born This Way” chanteuse quickly set the record straight — with no disrespect meant to Madonna, of course.

“Madonna and I are very different,” the singer said. “Just saying.”

Gaga continued, “I wouldn’t make that comparison at all and I don’t mean to disrespect Madonna. You know, she’s a nice lady, and she’s had a fantastic, huge career. She’s the biggest pop star of all time. But I play a lot of instruments. I write all my own music. I spend hours and hours a day in the studio. I’m a producer. I’m a writer. What I do is different. I’m not just rehearsing over and over again to put on a show.”

Lest one think that Gaga was singling out the “Borderline” singer, she clarified that she’d rather not be measured against anybody.

Also Read: Is There a Costume Lady Gaga Would Give a Thumbs Down?

“I just will not be compared to anyone anymore, I am who the f-ck I am and this is me,”Gaga said. “My life story is my life story, just like yours is.”

Ball’s in your court, Madonna.

Watch Gaga totally not denigrate Madonna in the video.