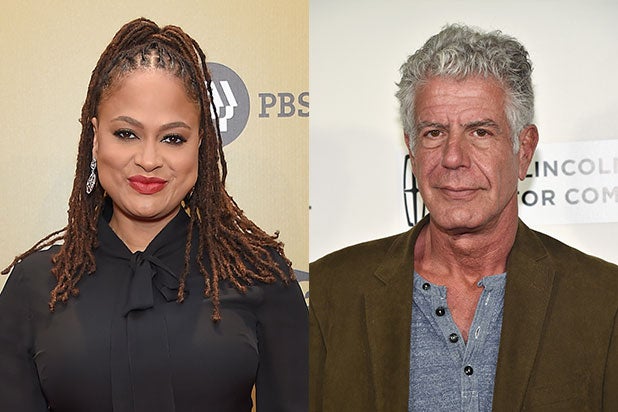 Ava DuVernay is not a fan of the way Anthony Bourdain recently spoke of Edgar Wright’s “Baby Driver.”

“You don’t have to like it. But have some respect for the artists who made it. You’re better than this. Critique doesn’t have to be cruel,” tweeted the “A Wrinkle in Time” director on Tuesday.

Also Read: Anthony Bourdain Is Not a Fan of 'Baby Driver'

The film has a 97 percent rating on Rotten Tomatoes, but that didn’t matter to Bourdain, who provided a succinct — and profane — take.

Actor Guillermo Del Toro had a much different take last week, when he used a series of tweets to lay out detailed and glowing praise for the movie.

Del Toro compared the movie’s use of music during its elaborate car chase scenes to Gene Kelly’s dancing in “An American In Paris.” He also compared Wright to iconic action and western movie director Walter Hill, whom Wright has mentioned was a major influence when he was making “Baby Driver.”

“The film is incredibly precise. Flawlessly executed to the smallest detail,” Del Toro tweeted. “Breathtaking Russian arm shots, real-world car mount and foot chases executed with the vigour and bravado of a Gene Kelly musical. This is ‘An American In Paris’ on wheels and crack smoke.”

You don't have to like it. But have some respect for the artists who made it. You're better than this. Critique doesn't have to be cruel. https://t.co/aiRcvUL1j3