For years, the videogame industry has made games based on properties that writer/director/producer James Cameron has created or filmed, including “Aliens” and “The Terminator.” But he wasn’t involved in those — they were straight licensing deals. 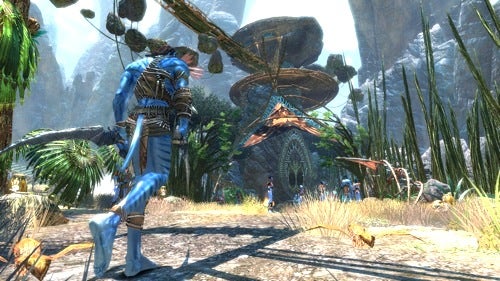 That all changed for “Avatar.”
The result: not just a videogame created in tandem with the filmmakers, but the first game to employ stereoscopic 3D. (For a peek inside the game, check out our slideshow.)
“James Cameron’s Avatar: The Game” was released in stores Tuesday on Xbox 360, PlayStation 3, Wii, PSP and Nintendo DS.
Together with Montreal development studio Ubisoft — who worked with Peter Jackson on his “King Kong” videogame — Cameron created an entire world of Pandora that mirrors what will be seen in theaters. 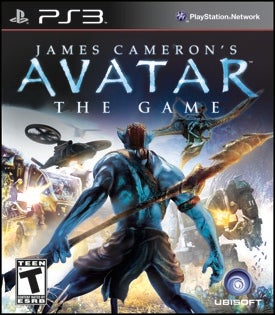 “We shipped them everything,” Cameron told TheWrap. “Everything existed as a CG asset in our movie already — all the vehicles, all the characters, all the creatures, plants, mountains, forests … so we were actually experiencing this weird kind of convergence” Cameron said. “It put them ahead of the curve.”
For even more synergy, each computer workstation at Ubisoft was plugged directly into the same computer system that Cameron’s team used on the film in Los Angeles.
“They were very respectful of the themes of the movie — and it was not like anything I’ve seen before in game play,” Cameron said. “The idea that you could play as a Na’vi or you could play as a human opened up the same landscape, the same environment with two completely different experiences.”
In addition to sharing the digital assets and technology, Cameron and his producting partner, Jon Landau, were intrigued by the idea of games being prequel stories that can live on their own. 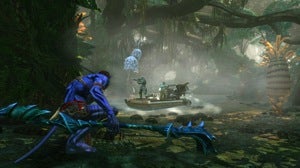 “We challenged Ubisoft to create stories that work with the game play for each platform,” Landau told TheWrap. “We worked with them every step of the way, from crafting the stories to designing the world — to even creating an original vehicle exclusively for the game that won’t be seen in the movie, but will be available as a toy from Mattel.”
The result, he said, offers a more robust backstory to the planet of Pandora and the native Na’Vi people.

"The game doesn’t spoil the experience of the movie," Cameron said, "but the game is not bound by the characters and plotlines of the movie. It’s presented on its own terms.”

Further connecting the film world to the game world, Ubisoft worked on voice work with Sigourney Weaver, who makes her videogame debut reprising her role of Dr. Grace Augustine for the game; Michelle Rodriguez, as chopper pilot Trudy Chacon; and Stephen Lang, as the antagonist Col. Quaritch.

And, as a further bonus, the game offers a “Pandorapedia,” which teaches players about creatures, plants and natives while they explore the virtual planet.

“I think gamers will retain the experience of having been on Pandora,” Cameron said. “They go to Pandora, they get to interact with these amazing environments and creatures — it’s a very, very rich sensory experience. And then all of the other things that you play a game for, winning, counting points and getting more powers and all those things — you can do all that stuff, too, but I think the thing that sets the game apart is the sensory nature of the experience.

Though not many players will be able to enjoy the effect, adding to the sensory nature is the stereoscopic 3D — a format developed by the team specifically for "Avatar: The Game." A proprietary system built into the game’s code, it necessitates a 3D-ready TV and glasses — though the game can of course be played in standard 2D on any TV or PC. It works only on PC, Xbox 360 and PlayStation 3.
Cameron and Landau believe that the groundwork they have laid with Ubisoft could become standard operating procedure moving forward.
“I believe entertainment is going to go across multiple mediums,” Landau said. “No longer will you find a movie just coming out in theaters. We’re going to find ways to expand the world and the stories to other interactive media. I think the cinema experience, where 400 people are watching a movie in a theater, will not become interactive, but those worlds and those stories will be in other mediums.”