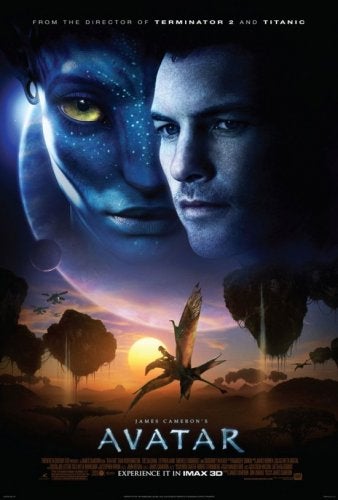 It was an embargo that was doomed to fail.

Twentieth Century Fox has done so much to stoke enthusiasm for James Cameron’s "Avatar" since it went into production over three years ago that the fanboy community was primed to explode. And on Thursday, with the first critics screenings under way, they did.

The studio’s efforts to maintain a tight lid on reviews of the "Terminator" director’s hugely expensive 3D movie appears to have been an exercise in futility.

Sure enough, almost as soon as the credits rolled, critics and audiences took to their blogs, websites and Twitter accounts to give their unvarnished take on the costly gamble. In doing, they ignored the studio’s request that they hold of on releasing their reviews until Monday.

And Fox should be relieved: Word quickly spread throughout the blogosphere that Cameron had done it again.

While most stopped short of predicting a "Titanic"-size hit, they gushed over the special effects and dismissed gripes that the plot of the film was little more than a turgid retread of "Dances with Wolves" with digital blue creatures taking the role of the Lakota.

Even the critics, while stopping short of a full review, were largely enthusiastic.

"The Sun" was euphoric, writing, "12 years after Titanic – he has sunk £300million into Avatar to produce the most dazzling film of the decade. It’s a 3D movie people will look back on in years to come to comment on how it transformed cinema."

Employing some dizzyingly original word play, The Hollywood Reporter labeled Cameron the "king of the world" for his ability to pull the picture off. The trade went further in its praise: "The movie is 161 minutes and flies by in a rush. Repeat business? You bet. ‘Titanic’-level business? That level may never be reached again, but Fox will see more than enough grosses worldwide to cover its bet on Cameron."

"The Guardian" was more measured in its response, but still postive: "So by saying ‘Avatar’ was really much, much better than expected, that it looked amazing and that the story was gripping – if cheesy in many places – the Guardian is in technical breach of the agreement. It is not a breach, however, to report that other journalists leaving the screening were also positive: the terrible film that some had been anticipating had not materialised. It was good."

Most of the heavy conversation on the merits of "Avatar" could be found across the Twitter-scape. A few fans made a sly nod to Fox’s request they keep mum, while still finding a way around the embargo to share their thoughts with film fans. Perhaps the best poke at the studio’s heavy handed efforts to control leaks was this put down from Matt Goldberg, "I can’t tell you what movie I saw but it was the best noble savage movie of 2009."

Nick Robinson @Nickrob : "this is a giant step forward. I just hope every other filmmaker has $500 million to spend."

Harry Knowles, @headgeek666:" an astonishing sensory experience unlike anything I’ve seen on film. Holy f— wow. – I wonder what that could be about… ahem."

Edward Douglas, @EDouglasWW: "I’ll take my chances with Fox legal…. Avatar was amazing, I loved it!"

Peter Sciretta, @slashfilm: "I’m not allowed to say anythng about what I thought of Avatar, but saw it in a screening room with neill blomkamp, who didn’t sign an NDA. He loved it… I will say this, it’s hard to disagree with Neil :)"

Chase Whale, @chasewhale: "A little long? A LOT long. But it sure was purty."

There were a few people that broke away from the pack to voice dissapointment. Matt Goldberg @MattGoldberg tweeted: "People heaping praise on a movie which may or may not feature giant blue people are being far too kind."