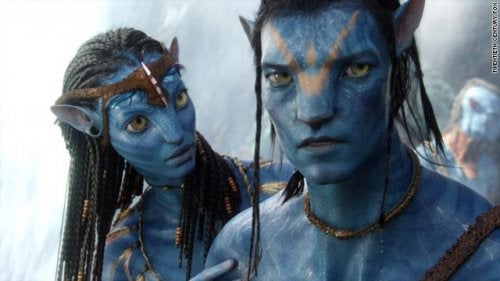 Another record smashed by the unstoppable box office force that is "Avatar."

James Cameron’s 3D epic has crossed the $100 million mark globally on IMAX, the first film to pass that barrier, a company spokeswoman confirmed to TheWrap.

"We’re not just tweaking our record, we’re shattering it," Greg Foster, chairman of IMAX filmed entertainment, told TheWrap. "There’s no stopping us. I just looked at Rentrak and we’re going to have another giant weekend."

As it currently stands, "Avatar" has taken in $67.3 million domestically and $34 million in foreign sales to bring its total IMAX gross to $101.3 million.

“This movie hits all of the DNA spots of IMAX and that’s why people are gravitating towards theaters," Foster said. "Jim Cameron crafted the movie specifically to take advantage of the IMAX experience."

The previous record holder was "The Polar Express," which grossed $71 million, but as Foster points out that figure was arrived at over four subsequent re-releases. The highest single-year IMAX gross was "The Dark Knight"s’ $65 million in 2007.

Foster said that part of the reason the film has been so successful was that both 20th Century Fox, the film’s studio, and Cameron heavily touted the experience of seeing the movie on IMAX, going all the way back to their August "Avatar" day when audiences were shown 15 minutes of the yet to be released film in over 100 IMAX 3D theaters around the world.

"There is nobody that didn’t know you could see this movie on IMAX," Foster said. "

The news comes at a propitious moment for IMAX. The company has steadily increased the number of blockbusters it has been releasing on its screens. This week the company announced that the heavily anticipated "Iron Man 2" will premiere simultaneously on IMAX and in theatres worldwide.

The company plans to show over 15 feature films  on IMAX this year including "Alice in Wonderland" "How to Train Your Dragon,"  and "Inception." In contrast, last year they showed around 10 Hollywood style blockbusters.

"It’s about finding the right type of movies, not just increasing the number of movies that we show," Foster said. "We like fantasies and things that have physical and geographic scope. Nobody wants to see ‘My Dinner with Andre’ on IMAX."