The new rage in Hollywood may be 3D, but the guy partly responsible for setting off the fad is calling the studio’s race to chase the format  “crazy.” 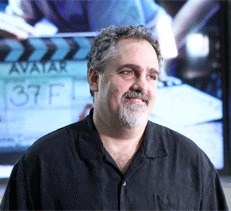 Jon Landau, the producer of Oscar-nominated “Avatar,” took aim at studios making last-minute decisions to convert their movies into 3D to make more money – singling out Warner Brothers, which just announced it would be converting its summer blockbuster “Clash of the Titans” into 3D.

“Taking a movie and turning it into 3D in seven weeks – I think it’s crazy,” said Landau at a producer’s panel discussion at the Santa Barbara Film Festival on Saturday.

“It’s a creative decision,” he said. “It would be like shooting a movie in black and white and trying to colorize it three weeks before it’s released.”

Warner Brothers moved its fantasy epic about warring Greek gods back a week to April to accommodate the 3D changes.

And it is going after 3D with great fervor. In addition to "Clash," Warner also announced that its upcoming seventh and eighth installments of "Harry Potter" will be converted to 3D. "Cats and Dogs: The Revenge of Kitty Galore (set for release in July) and "Guardians of Ga’ Hoole" will be converted to the funny-glasses format, as well.

Warner’s is hardly the only studio to jump on the bandwagon. Sony will be making its new Spiderman reboot in 3D, though that’s different than converting a movie that’s already been shot, a process that is not inexpensive, but that studios believe will yield more bang from the box-office buck.

Meanwhile Landau acknowledged that “Avatar” has been released in Korea in 4D – an experimental process that is similar to some theme park rides, in which the theater seats shake, and physical sensations like wind and water simulate the experience on screen.

“Three months ago Fox Korea came to us and asked us to support this experiment,” he said. “The response came back, and it was better than they thought (it would be).”